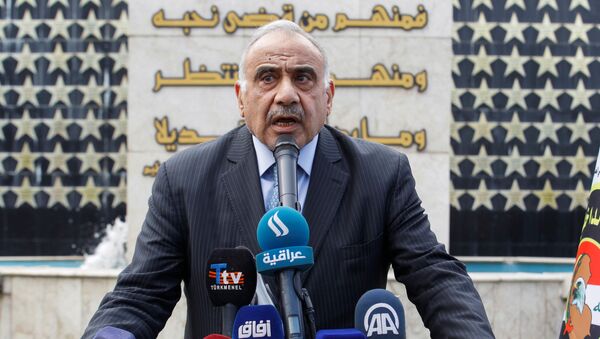 The protesters have already started gathering in Baghdad after a suspension in rallies due to pilgrimage to southern Iraq.

"The next week, we will carry out changes in the cabinet of ministers … We will also introduce changes to the existing electoral law and reconsider the role of the Electoral Commission," the prime minister said in a public address, aired live on Arabic TV channels.

The prime minister explained that a government resignation, demanded by protesters, will throw the country in chaos.

Mahdi also announced a 50 percent reduction in salaries for high-ranked officials, including ministers and the president. In addition, the authorities will look into amending the constitution to decrease the number of parliamentarians.

Moreover, Iraq plans to convene a regional commission including neighboring countries to "separate Iraq from regional conflicts," according to the prime minister.

The protests against the government's economic policies and corruption have been underway since 1 October.

They have turned violent and have led to dozens of civilians killed and injured.