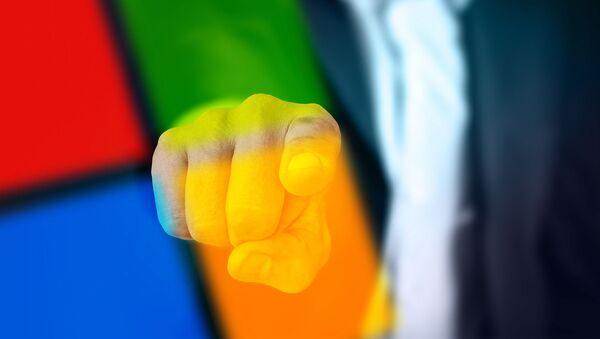 CC0 / /
Subscribe
New Delhi (Sputnik): India is swiftly becoming the focus of global tech giants amid the US-China trade crisis, and US software giant Microsoft says that it wants to empower small businesses in the country.

In an earnings call, after announcing a 21 percent increased revenue of $33.1 billion and a net income of $10.7 billion for the first quarter of 2020, Microsoft CEO Satya Nadella highlighted how organisations today need a distributed computing fabric to meet their needs, media reported on Thursday.

According to Nadella, Microsoft along with Indian telecom major Reliance Jio is taking initiatives to educate budding businesses on Cloud Computing technology, the on-demand availability of data centres available to multiple users over the Internet.

Earlier, Microsoft and Jio inked a partnership to develop innovative tech solutions focused on the needs of Indian businesses.

As part of the partnership, Jio is working on establishing data centres across the Indian landscape, Microsoft is responsible for deploying its own Cloud computing service called “Azure” in these centres complete with next-generation storage and networking capabilities.

The first two data centres are being set up in two of India’s larger states – Maharashtra and Gujarat. The hubs, that are being built to house tech equipment consuming up to 7.5 MW of power are targeted to be fully operational in 2020, the report said.

In August, the Windows-maker had also announced its first-of a-kind "Digital Governance Tech Tour" programme in India with the aim to train 5,000 government IT professionals via a series of physical and virtual workshops over a period of 12 months.

Indian Prime Minister Narendra Modi has mentioned previously that creating a Cloud-first approach is essential for transforming the country digitally.