'Few Consequences for Predators': Half of UK Musicians Have Suffered Sexual Harassment 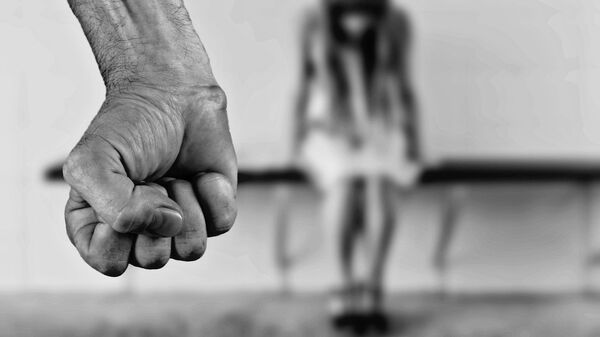 © Photo : Alexas_Fotos
Subscribe
The findings also indicate 61 percent of musicians feel they’re more at risk because they work on a freelance basis, with just 19 percent saying the contracts they work under include policies or procedures to deal with incidents of sexual harassment.

Research released by the UK Musicians Union has revealed a staggering 48 percent of musicians have experienced sexual harassment at work, with 85 percent of victims moreover not reporting the abuse.

The Union began investigating the issue in 2018, setting up a SafeSpace email account for people to confidentially and anonymously report sexual harassment, abuse, bullying and discrimination in the industry. Testimonies duly began flooding in – few victims have secured any form of justice, leading the Union to suggest the law “frustrates survivors every step of the way” and in many cases “is used to silence them”.

As 90 percent of its members work in a freelance capacity, the union is calling on Whitehall to extend the protections relating to discrimination and harassment in the Equality Act 2010 to freelancers, so they’re entitled to the same protections as the majority of individuals in the workplace already protected.

48% of musicians we surveyed have experienced sexual harassment at work.

We need stronger laws to protect them.

​Moreover, the organisation suggests government should introduce a mandatory duty on workplaces to take reasonable steps to protect people from harassment and victimisation, as well as a statutory Code of Practice to specify the steps employers should take to prevent and respond to sexual harassment, and which can be considered in evidence when determining whether the mandatory duty has been breached.

The body is also encouraging the public to back this request by signing a petition seeking stronger legislation to protect freelancers from sexual harassment.

Workplace culture is currently cited as the greatest barrier to reporting harassment (55 percent), followed by fear of losing work (41 percent), expectations that the issue would not be handled appropriately (32 percent) and fear of not being believed or taken seriously (27 percent).

Great work by @WeAreTheMU calling out music industry for widespread sexual harassment. ALSO so important not to invisibilise fact that it's women it's happening to, not just "musicians/artists". Vital missing info here is that 95% reports to Safespace are from women @CCriadoPerez https://t.co/8UOOzCWoaT

​“We’re aware of far too many cases of talented musicians, particularly young or emerging artists, leaving the industry altogether due to sexism, sexual harassment or abuse. Many musicians who have gone public with their story are now being taken to court for defamation – evidence of the situation we’re dealing with. Survivors are often unable to speak out because the consequences for their career or personal life are devastating. In most cases we’re aware of, the survivor ends up leaving the workplace or the industry and there are very few consequences for the perpetrator,” said Naomi Pohl, Union Deputy General Secretary.

In an anonymous case study cited by the Union, a musician reported sexual harassment by a high-profile individual to a major employer in the industry – she learned she was one of 10 women making reports about the same individual and yet no action was taken.

“We are freelance musicians and the incidents occurred when we were performing on tour. I was told this was just ‘lad culture’ by the person investigating my complaint. No wonder such a high proportion of issues go unreported,” she lamented.

⁦I’m⁩ one of the women being sued in this case and part of ⁦@solnotsilence⁩ . I stand in absolute solidarity with all of the women involved. The best way you can support us is by donating to / sharing our crowdfunder https://t.co/ITq47XUB7m https://t.co/j1IE0IZfSK

​Nadia Javed, member of band The Tuts, is backing the campaign – she’s currently facing a defamation claim in the High Court after she and and others went public with sexual harassment allegations against Kings Blues singer Johnny Fox.

PranSa
23 October 2019, 14:35 GMT
000000
f**k the musicians, they are all grown up and can resort to authority´s, mind the childrens that can´t defend themselves and the law is not punishing perpetrators.