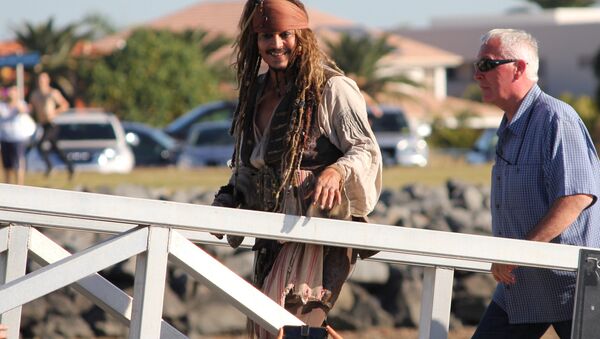 CC0 / /
Subscribe
Not a month goes by without news of Hollywood Star Johnny Depp and his defamation suit against his former wife Amber Heard. His legal team said Depp will comply with the court order, as it could unveil what happened during their short marriage.

The judge that is presiding over Johnny Depp's 50 million dollar defamation case against his former wife Amber Heard has ordered the Hollywood star to submit medical records concerning alcohol and substance use. Depp launched legal action against Heard, claiming she defamed him, following the publication of her op-ed in the Washington Post, where she spoke about sexual violence and domestic abuse.

Heard, who is also a Hollywood actress, did not mention Depp by name in the article, but she previously accused him of domestic violence, saying Depp was drunk and high on drugs when the incidents occurred. Heard's lawyers have recently filed a motion requesting the disclosure of Depp's medical records as they believe his use of drugs and alcohol prompted the physical abuse and make these details relevant to the court case. The judge granted the motion. According to the court documents, Depp must submit the records by November 15.

Depp claimed that he himself was a victim of domestic abuse by Heard. The 56-year-old alleged his former wife put a cigarette out on his face and cut his finger off with a broken glass bottle requiring him to undergo surgery to reattach it.

His legal woes don't end with the defamation suit against Amber Heard. Depp's former lawyers filed a lien on his California properties, claiming Depp owes them 347 thousand dollars for a case they won against his other lawyer. According to Buckley LLP, they billed Depp for 535 thousand dollars, while he paid only 187 thousand. The Hollywood star claimed Buckley charged excessive and unreasonable amounts.