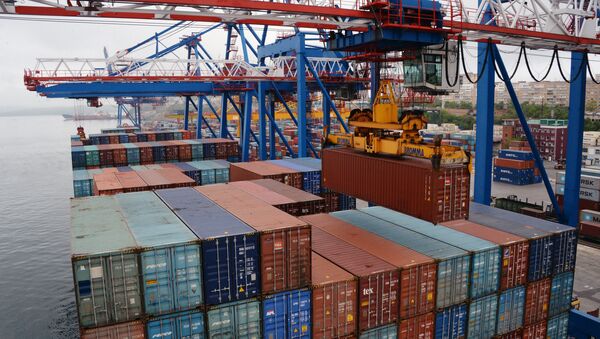 Demond Cureton
All materialsWrite to the author
The white paper, which was revealed at the 2019 Globe Mobile Broadband Forum in October, saw four industry leaders weigh in on the benefits of 5G in the shipping container industry via a 'Smart Port' white paper.

Ports are an important part of facilitating international trade and rely 90 percent on maritime shipping, with efficiency being a key component of ensuring timely deliveries, the report said, adding that missing shipping deadlines by one hour can cost tens of thousands in excess fees.

The industry has begun focussing on better managing human resources, many whom operate container cranes under harsh environments and contribute to increasing labour costs, to boost transport benchmarks, namely via port automation and 'intelligent reconstruction', the paper read.

Around 75 percent of port operators believed that automation was vital to remaining competitive over the next three to five years, the white paper said, adding that 65 percent found that automation boosted operational security. One third of responders thought that automation could increase productivity by 50 percent and reduce operating costs by a further 50 percent.

ZPMC worked with Chinese shipping giant COSCO Shipping Ports Limited to open the Xiamen Automated Port in early 2016, leading to major boosts in throughput, or the amount of container material passing into a port, as well as reducing accidents to zero percent.

Operation manpower at the Qingdao Automonous Port was reduced by 85 percent and efficiency increased by 30 percent, ZPMC noted, and can handle 40 natural containers an hour, the highest level worldwide.

Huawei plans to work further with Vodafone, ZPMC and China mobile to realise these solutions for its port customers as they moved towards cloud computing, the internet of things (IoT) and other technologies, evidenced by the release of the white paper.

Other ports set to incorporate Huawei's IT solutions include the Piraeus Port in Athens, Greece.

Working with Huawei, the Piraeus Port Authority will modernise its network infrastructure, boosting speed data rates from 20 gigabytes per second to 80Gbps. Piraeus Port Authority CEO, Captain Fu Chengqiu, said in January 2018 that doing so would be "taking another step towards a new era of providing high quality services".