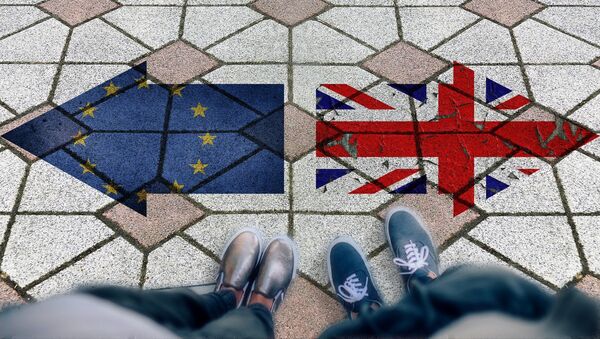 British Prime Minister Boris Johnson is apparently ready to call for a general election if the EU’s powers-that-be propose a further extension of Article 50.

The under-fire leader has faced somewhat of a backlash against his revamped divorce bill, with opposition MPs refusing to back it last Saturday in the House of Commons and later rejecting the chance to approve the deal over a three-day period.

With this in mind, will Labour opposition leader Jeremy Corbyn accept the challenge of a general election?

And is another delay to the UK’s departure from the EU inevitable?

Chris Mendes, leader of the Foundation Party, believes that the UK desperately needs a general election as soon as possible.

Sputnik: Will a general election be held in the near future? Could the Labour opposition have a chance of winning?

Chris Mendes: A general election is inevitable, but it’s very difficult for it to take place because of that wretched fixed-term Parliament act that we have which requires a two-thirds majority in the House of Commons to get that across. A general election is looking like the only way out of this Brexit chaos at the moment and I think that the people are the masters, not the servants and we have a Parliament that thinks it’s the other way round.

We have an unrepresentative Parliament at the moment. Let’s not forget that 70 percent of MPs voted and campaigned for remain, 95 percent of the Labour Party and 80 percent of the MPs lied during the election and said in their manifestos that the UK would be leaving the EU completely and now they are going against it.

The issue is no longer Brexit, it is conduct in public office. We desperately need a general election and the sooner we get one, we can get Brexit done and dusted and - goodness me - the real reform for cleaning up politics can begin.

Sputnik: Will the UK leave the EU on 31 October?

Chris Mendes: A delay is probably now most likely. The vote that took place yesterday by these petulant, tribal, shameful MPs in Parliament that are interested in disrupting Brexit - and the people are not falling for it. Some of the MPs are coming to their senses, as many of them are in heavily Leave constituencies, especially the Labour Party, which is why the first vote went through, so we can move this process forward, and the DUP want to legitimately make some points on the Irish issue, absolutely right and proper. But there are still too many anti-Brexit MPs there who voted against a second vote yesterday in Parliament, which essentially threw out a timetable that would have guaranteed us leaving by the 31 October. 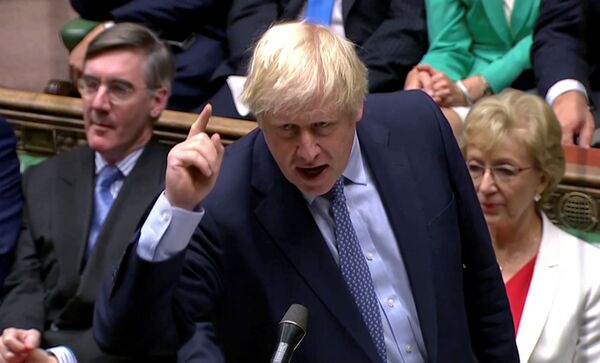 Britain's Prime Minister Boris Johnson gestures as he speaks at the parliament, which reconvenes after the UK Supreme Court ruled that his suspension of the parliament was unlawful, in London, Britain, September 25, 2019, in this screen grab taken from video
© REUTERS / Parliament TV

What happens now? It depends on the EU and how they respond with regards to the extension. If we don’t leave soon, then if Parliament thinks it’s got problems at the moment, then just wait to see what happens. If we get another three or six-month delay, goodness me there is going to be absolute fury amongst millions of people, and then we really will have a problem, and I desperately hope that we avoid that, and that we can leave and get this done and dusted as soon as possible.

Sputnik: Do you think that the British Parliament could attempt to cancel Brexit?

Chris Mendes: I think Brexit is inevitable; I think they are kicking and screaming against the inevitable. The Liberal Democrats certainly want to come out and campaign to stop it, but as I said, the way to resolve this is a general election; let the MPs that wish to stop Brexit go to the electorate.

If anybody wants to put that forward as a proposition, let them go door to door and ask ordinary British people what they think, and I suspect that the mood of the nation would be to reject that proposal and elect a government that will get Brexit done so we can all move on with our lives.