First Ever Russia-Africa Summit, Business Forum to Start on 23 October in Sochi 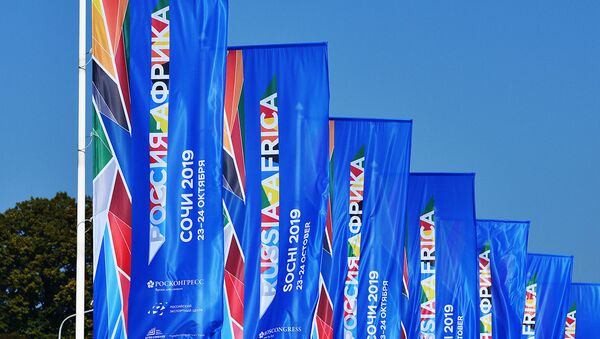 © Sputnik / Artur Lebedev
/
Go to the photo bank
Subscribe
SOCHI (Sputnik) - The inaugural Russia-Africa summit and business forum will commence on 23 October in the Russian southern resort city of Sochi, surrounded by high expectations regarding deepening political, economic and trade cooperation between Moscow and the countries of the continent.

The two-day summit will be co-chaired by Russian President Vladimir Putin and his Egyptian counterpart, Abdel Fattah Sisi. The leaders of all the 54 African nations have been invited to the event, with as many as 43 of them having confirmed their attendance.

Ties between Russia and the African continent significantly strengthened over the past years, but there was still enough room for expansion of cooperation, Olga Kulkova, the senior research fellow with the Center for Studies of Russian-African Relations and Foreign Policy of African Countries of the Russian Academy of Sciences’ Institute for African Studies, said.

"The summit is largely aimed at expansion of political, economic, trade and investment cooperation with the African countries. The work towards this goal has been carried very actively over recent years. The trade between Russia and Africa has increased from $17.4 billion in 2017 to $20.4 billion in 2018," she said.

According to Kulkova, the summit should not be only seen as a tool for spreading Russia's soft power to the continent, as the event would also bring real economic benefits given the fast economic and demographic development of the regional countries.

"I think there is definitely an economic profit. Western experts are also saying that. A number of African countries are developing very fast, at a pace higher than the global average. They are called ‘Lion economies’ by some. Even though a number of problems on the continent persist, the economic and business activity, the demand for goods and services are growing. The population of Africa will be increasing until 2050 and that creates an enormous consumer market, the middle class is growing and it will be in need of goods and services," the expert said.

Kulkova, who also serves as the expert with the Center of Security and Development Issues of the Moscow State University's Faculty of World Politics, noted that one of the most promising Russia-Africa projects, the Russian Industrial Zone (RIZ) in Egypt, could be viewed as a successful case of economic cooperation. The aim of this industrial zone, which will cover a territory of 5.25 million square meters (56.5 million square feet), is to become a platform for Russian companies to expand into Egypt, Africa and the Middle East.

At the same time, Kulkova stated that Russia could gain more influence through soft power tools as well, namely, via the export of education and promotion of the Russian language in Africa. 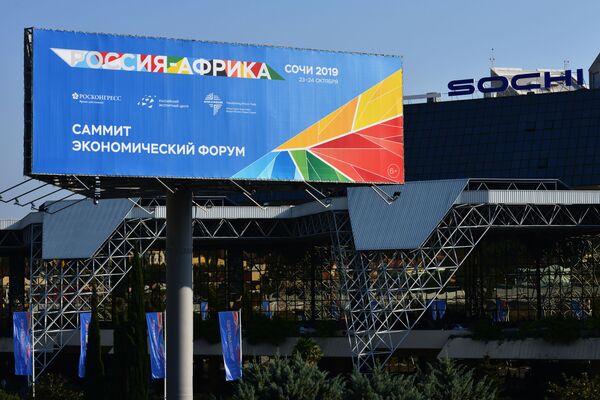 The growing presence of China and the Persian Gulf countries in Africa would unlikely impede Russia's efforts to enhance cooperation with the region, as Russia had stable and strong relations with Africa for many decades, since colonial times, the expert noted.

"Despite the presence of other foreign players, there is room for Russia, but it also could be created as well. Russia historically has strong ties with a number of African countries and Russia has never been a colonial power. We supported the anti-colonial movement and Africa definitely remembers that. We can see how alarmed the Western countries became when Russia started to play a more active role in Africa and that is not a coincidence because Russia intensively works on that," she pointed out.

Moreover, Russia can find a niche in Africa by offering competitive prices. For example, Russian nuclear reactors are more affordable than the French, and the African countries may opt for them, according to the expert.

"Yes, Russia did almost entirely abandon the African region in the 1990s, it was a strategic mistake on behalf of the government of the time. But when Putin assumed office, the process of mending ties and intensifying cooperation has started. It is not an initiative of the last two years, this is systematic work, which now has started to bear fruits," Kulkova said, adding that Russia did not need to get into a fierce competition with other foreign powers in Africa and could use a cooperative approach instead.

At the same time, Chief Executive of the South African Institute of International Affairs Elizabeth Sidiropoulos thinks that foreign powers are converting Africa into a chessboard, trying to establish control over the continent’s natural resources and pursue the interests of their military industry.

"External actors may wish to convert Africa into a chessboard, and that’s probably something we don’t have control over, but Africa can respond accordingly to that desire. I think there is a number of interests that motivate external actors to get involved in the continent. One is certainly the abundance of natural resources," Sidiropoulos told Sputnik, stressing that turning the continent into an area of clashing interests was not desirable for Africa itself.

Sidiropoulos pointed out that the foreign powers had broader commercial interests in Africa with its growing middle class that opened more opportunities for consumer-focused companies.

"I think there is also another dimension which is the case of all external players who have an arms industry – Russia historically also had solid relations in terms of the arms industry and defense exchanges; countries like China [which] is one of the biggest suppliers of small arms. So there is a dimension about defense, weapons, and the fact is that it’s probably not good for development," Sidiropoulos said. 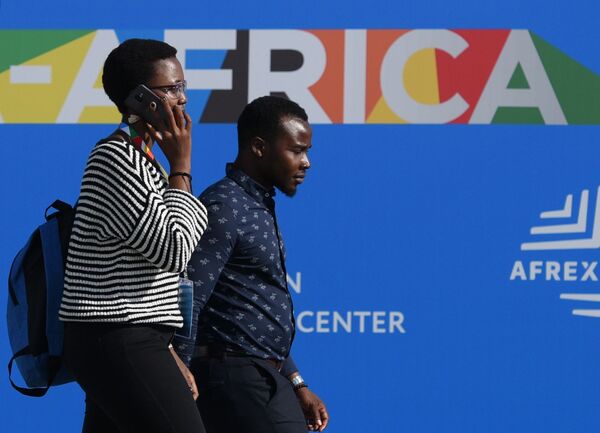 The expert added that the United States, with its investment and security interests in Africa, was concerned over the growing influence of Russia and China.

Elizaveta Safonkina, researcher at the Center for International Institutions Research of the Russian Presidential Academy of National Economy and Public Administration, said that cooperation agreements, which were expected to be signed in the course of the summit, would primarily be focused on such areas as military-technical cooperation, healthcare, education, nuclear power and hydropower.

"Due to the lack of opportunities for large energy systems development in Africa, especially in terms of logistics and security, renewable energy and off-grid systems, such as solar panels, are a very important. Most likely, Russian companies will have something to offer in this area," Safonkina added.

The forum will likely be fruitful in terms of economic deals including due to the fact that business is always interested in agreements signed at the level of heads of state, the expert said.

African countries also anticipate some landmark cooperation agreements with Moscow. Thus, Ethiopian Foreign Minister Gedu Andargachew said in September that Addis Abeba expected to strike a deal with Russian State Nuclear Corporation Rosatom on the construction of the first nuclear power plant in the African country during the forum.

Nigerian Ambassador to Russia Steve Davies Ugbah said in an interview with Sputnik earlier in the month that a defense cooperation agreement with Moscow could be signed in Sochi. Meanwhile, Kenyan Industry and Trade Minister Peter Munya expressed hope that Kenya and Russia would sign a trade agreement similar to the one that exists between some African nations and the United States, which gave African producers trade preferences in terms of tariffs and quotas.

On the political level, the summit will become a venue for a series of bilateral talks between Putin and his African colleagues, including Sisi, President of Nigeria Muhammadu Buhari, Central African leader Faustin-Archange Touadera and the president of Kenya, Uhuru Kenyatta.

The Rossiya Segodnya International Information Agency is an official media partner of the Russia-Africa summit.

000000
Popular comments
Russo-Afro cooperation is definitely a very healthy development. The Yankees, France and other scavengers simply looted the resources of the continent, but never tried to develop it or to improve the quality of life of its people. But, wherever Russia and China invests, they also tries to create the factors of productions for the local people, and also tries to improve the quality of life of the local people. Russia and China don't plunder. The US of Na and its lackeys plunder. Moreover, the Yankees and its lackeys create terrorist groups as a means to keep the local government dedtabilised and to setup military bases.