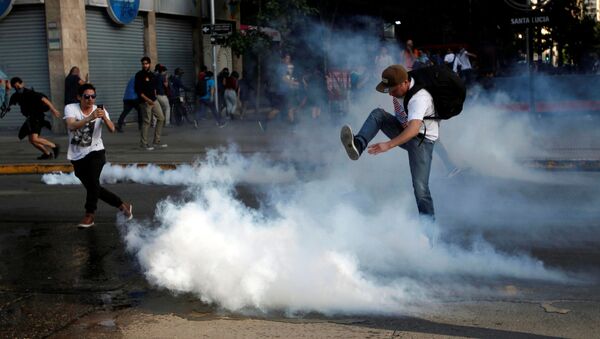 The Chilean capital has been rocked by protests for more than two weeks already since the government announced increase in public transport fares.

People are taking to the streets in protest in Santiago, as the political turmoil continues in the country.

Mass protests against the increase in the subway ticket prices are in full swing, despite Chilean President Sebastian Pinera having announced on 19 October that the public transport fee hikes would be suspended.

The demonstrations started on 6 October and quickly grew into mass riots, in which at least 15 people have died so far. The Chilean government has declared a state of emergency in the country and imposed a curfew in several provinces and municipalities of Santiago.