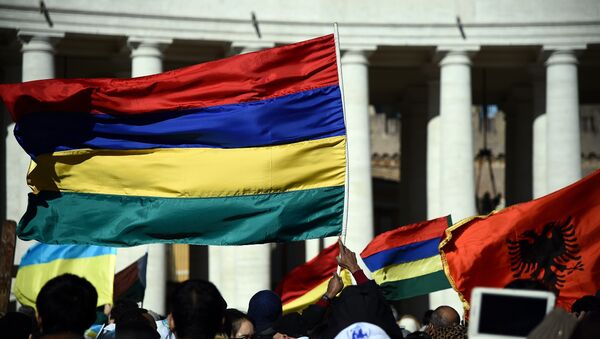 SOCHI (Sputnik) - The inaugural Russia-Africa summit and business forum, co-chaired by Russian President Vladimir Putin and his Egyptian counterpart Abdel Fattah Sisi, is scheduled for 23-24 October in Russia's Sochi. There will be 54 African nations taking part in the Summit, with 43 of them represented by their heads of state or governments.

President Paramasivum P. Vyapoory, the acting leader of Mauritius, has said that he was expecting to discuss bilateral ties with Russian President Vladimir Putin at their tete-a-tete meeting scheduled during the upcoming Russia-Africa forum in the Russian city of Sochi.

"Let me start by first commending the decision by President Putin to come up with such a great idea to have this very first Russia-Africa summit here in Sochi. I would like, of course, to have the opportunity to meet President Putin and, in fact, there is a tete-a-tete, a one-to-one meeting, which is on the programme, when I will be meeting him to discuss global issues of mutual interest to Russia and Africa and more particularly between Russia and Mauritius", President Vyapoory said.

He has added that Russia and Africa enjoyed a good relationship over the past decades, with $20 billion in trade in 2018 alone.

"We expect now, with this Russia-Africa summit, that trade and other bilateral and multilateral relations will be further strengthened and developed … As regards Mauritius, in particular, there is great potential for development in a number of sectors, such as health, education, and fishing among others", he further stated.

The Mauritian President went on to say that his country aims to attract the interest of Russian petroleum companies, such as Lukoil, Rosneft, and Tatneft, in fuel operations at the Port Louis Harbour.

"In line with government vision to enhance economic cooperation with the Russian Federation, the Mauritius port authority is putting in place a strategy aimed at attracting leading Russian petroleum companies, including Gazprom, Lukoil, Rosneft and Tatneft to expand their range of bunkering activities at Port Louis harbour. There is work for your [companies] there. We need scientific and technical assistance to undertake the offshore exploration of non-living resources, that includes minerals, and to make an economic evaluation of the mineral resource potential within this exclusive economic zone of ours. We would, therefore, welcome Russia as a trusted partner in this endeavour", Vyapoory said. 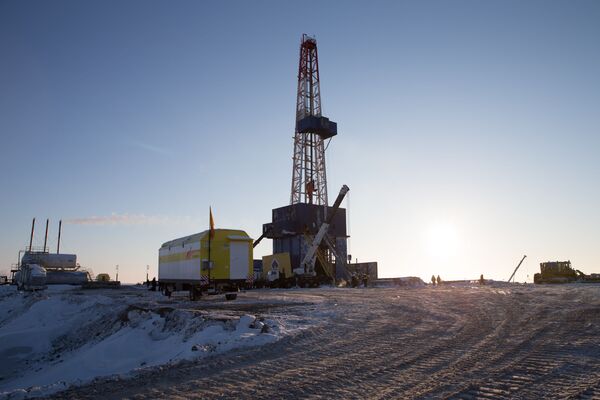 Paramasivum P. Vyapoory continued by saying that he had asked Aeroflot to set up a direct flight to the island and expected the decision "in due time".

"Mauritius has made an official request for direct flights between Mauritius and Russia to boost trade and tourism. This is in line with Russia's drive to develop its partnership with Africa, using Mauritius as a gateway to Africa. It is essential to have this air connectivity for a sustained economic partnership. We want Aeroflot, a flagship company of Russia, to consider having direct flights between Mauritius and Russia as soon as possible. We believe that the decision will be made in due time", the acting president said.

According to him, the flight could also proceed to South Africa and other attractive African countries of the Southern African Development Community.

"There is a great potential for increasing tourist flow from Russia to Mauritius and Africa", Vyapoory added. 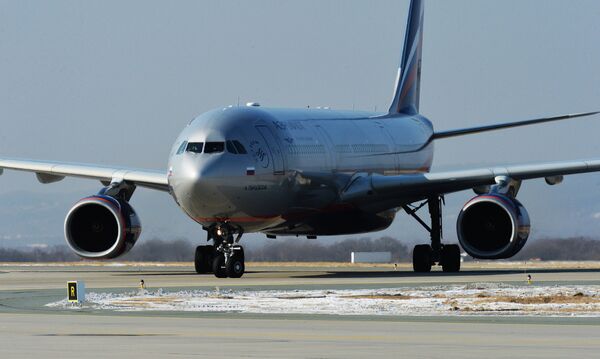 Mauritius "Looks Forward" to Signing FTA With EEU ‘in Near Future’

The island nation's leader further elaborated that his country is ready to reach a free trade agreement with the Eurasian Economic Union. 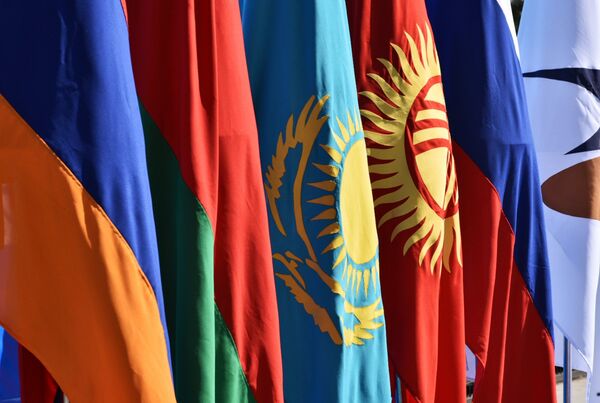 "I would like to use this opportunity here to reiterate our thanks to the government of Russia for its support for our efforts to exercise our sovereignty on our entire territory, which includes the Chagos archipelago; Russia voted in our favor when the case was taken up at the United Nations last May", the President said.

Vyapoory has added that Mauritius needs other countries, including the Russian Federation, to support the island nation by formally opposing any stand taken by the UK at any relevant multilateral or bilateral meeting. 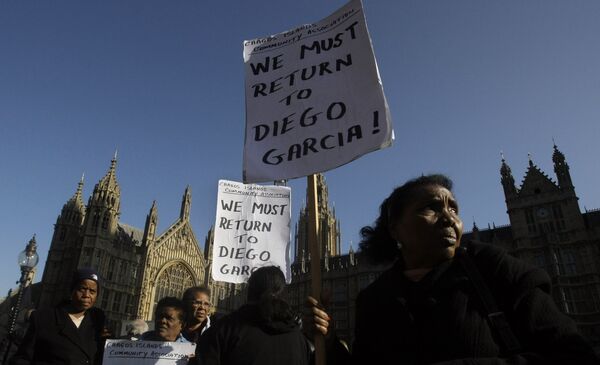 A protest outside the Houses of Parliament in London, after a court ruling decided Chagos Islanders are not allowed to return to their homeland
© AP Photo / Matt Dunham

"In the past, cooperation in the sector of education was very important, many young Mauritians have benefited from scholarships offered by the former Soviet Union. Nowadays there is a renewed interest by Mauritian students in some prestigious Russian universities", Paramasivum P. Vyapoory said.

According to him, Mauritius hopes to conclude an agreement between the University of Mauritius and Lomonosov State University and Pushchino State Institute of Natural Sciences. The President has also supported the idea of launching a student exchange programme which would contribute to sharing relevant experience and technology between the nations. 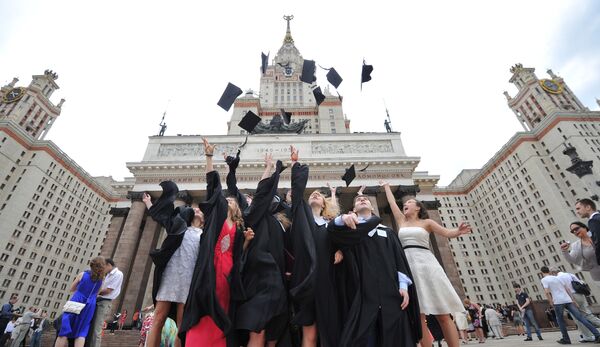 Class of 2012 university graduates after the ceremony presenting diplomas with honors in the Main Building at M.V. Lomonosov Moscow State University. (File)
© Sputnik / Ramil Sitdikov
/
Go to the photo bank
Newsfeed
0
Access to the chat has been blocked for violating the rules . You will be able to participate again through:∞. If you do not agree with the blocking, please use the feedback form
The discussion is closed. You can participate in the discussion within 24 hours after the publication of the article.
To participate in the discussion
log in or register
loader
Chats
Заголовок открываемого материала