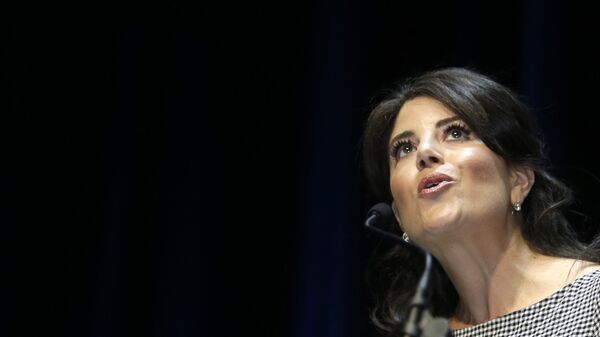 The woman, whose internship at the White House when she was in her early 20s turned into one of the greatest sex scandals in US political history and ended with the impeachment of former President Bill Clinton, disappeared from the spotlight for more than a decade only to emerge as an anti-bullying activist just a few years ago.

The key actor in Bill Clinton’s impeachment, Monica Lewinsky, has taken her activism to a business level and is going to produce an HBO Max documentary about bullying and public shaming, the telecommunication giant revealed. To do so, the 46-year-old is going to team up with the man behind “Catfish: The TV Show”, director Max Joseph. The two will also appear on camera in the film, which will explore the "public shaming epidemic in our culture", as the official description puts it. The documentary will be released with the launch of the new HBO online platform this spring.

"Monica Lewinsky is an anti-bullying activist with unparalleled authority, making her the perfect partner for this project. And Max's strong advocacy for social justice and distinctive storytelling make him particularly well-suited to explore this complex modern phenomenon”, Head of Original Content Sarah Aubrey stated, as cited by The Hollywood Reporter.

This is not her first producing experience, however, as it was announced this August that Monica Lewinsky is to produce the upcoming third season of FX’s “American Crime Story”, which will delve into her 1990s affair with then-President Bill Clinton.

The season is titled “Impeachment” and is scheduled to premiere on 27 September, 2020, mere weeks before the upcoming US presidential election.

After years out of the spotlight, Lewinsky re-emerged as an anti-shaming activist in 2014, when she wrote an essay, titled Shame and Survival, for Vanity Fair magazine.

Before vanishing soon after Bill Clinton left office in January 2001, Lewinsky made money from a book and a TV interview with Barbara Walters in 1999 that was watched by millions of people.

The Clinton-Lewinsky scandal erupted in 1998, when reports surfaced suggesting that Clinton had been involved in an intimate extramarital relationship with the White House intern, who was only 22 at the time.