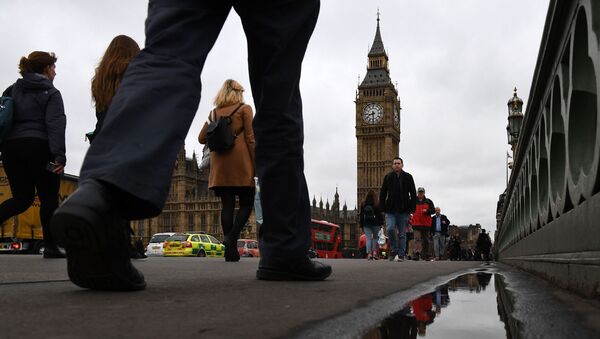 The tight timetable for voting on the proposed legislation has caused some controversy – the document was published October 21st and runs to 110 pages, but MPs will vote on whether to pass it into law the evening of the very next day, raising questions about whether they'll have adequate time to read, analyse and make a judgment on its contents.

Prime Minister Boris Johnson’s Brexit deal is being put up for parliamentary vote, in the form of the EU Withdrawal Agreement Bill – if passed, it would enshrine the deal in UK law, legally mandating a transition period, ‘divorce bill’, EU citizens' rights and customs in Northern Ireland, and make the UK’s departure from the bloc a certainty.

MPs who have delved into the document have expressed consternation about a key element therein – Clause 30, which some suggest creates a "trapdoor" to no deal Brexit in a mere 14 months.

The Clause deals with what happens if an EU-UK 'Joint Committee' agrees to extend the transition period beyond December 2020 – if both sides move to extend, the Prime Minister will have to get the extension, and its length, approved in a parliamentary vote.

Clause 30 of the EU (Withdrawal Agreement) Bill. What happens if the Government doesn’t propose an extension? Parliament would have no say and we would exit the transition period on the 31 Dec 2020 even if a trade agreement hadn’t been reached by then with the EU; ie no deal. pic.twitter.com/mbCAsrX0eB

​However, at no point in the wording does it mention parliament’s right or ability to demand an extension, if the Premier refuses to ask for one.

Hilary Benn, chairman of the Commons Brexit Committee and author of the controversial ‘Benn Act’, took to Twitter to voice his anxieties over the Clause’s wording, suggesting the UK’s legislature “would have no say” and the country would crash out of the bloc even if “a trade agreement hadn’t been reached”.

#WithdrawalAgreementBill Clause 30 of the EU Withdrawal Agreement Bill removes Parliament’s ability to prevent a no deal Brexit, and results in the UK leaving the transition period on the 31 Dec 2020, even if a trade agreement hasn’t been reached by ... 🤬

​Nonetheless, MPs can amend the bill, in essence changing the deal agreed by Johnson with the EU – but in turn, Downing Street has not ruled out dropping the Bill altogether if it's too significantly changed, which would effectively kill the deal, necessitating a no deal exit or an extension. Conversely, once the bill becomes an act of parliament, Brexit will have finally been approved, and the 40-month saga will at last be over.