US Extends License Allowing Chevron, 4 Other Firms to Operate in Venezuela - Treasury 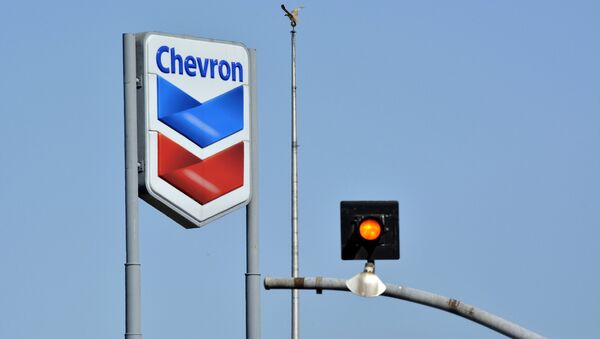 WASHINGTON (Sputnik) - US oil giant Chevron and four other American energy companies have been granted a license to continue operations in Venezuela without getting hit with sanctions for at least three more months, the Treasury Department announced in a press release on Monday.

"All transactions and activities ordinarily incident and necessary to the maintenance of operations, contracts, or other agreements in Venezuela… are authorized through 12:01 a.m. eastern standard time [4:01 a.m. GMT], 22 January, 2020," the release said.

The authorization applies to Chevron, Halliburton, Schlumberger Limited, Baker Hughes, and Weatherford International, the release said. The license allows the companies to do business with Venezuelan state-owned oil giant PDVSA without the threat of US sanctions.

Monday’s action represented the second extension of licenses previously set to expire on 27 July, according to the release.

The US government has exacerbated Venezuela’s economic crisis this year by attempting to shut down the country’s oil trade via sanctions. Maduro has accused the United States of attempting to install a puppet government in Caracas so Washington can control Venezuela’s natural resources.