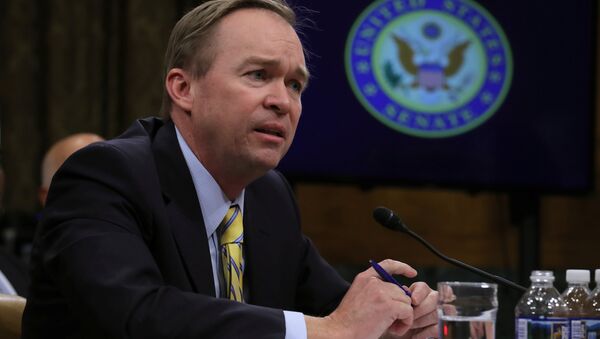 Acting White House Chief of Staff Mick Mulvaney has said President Trump was "honestly surprised at the level of pushback" about his attempt to host a Group of Seven (G7) summit at his Miami resort properties, adding that Trump still "considers himself to be in the hospitality business".

Mulvaney made his comments a day after Trump reversed his decision to hold the G7 summit at Trump National Doral in Florida in light of outrage from Democrats, Republicans, and ethics watchdog groups.

"At the end of the day, you know, he still considers himself to be in the hospitality business, and he saw an opportunity to take the biggest leaders from around the world and he wanted to put on the absolute best show, the best visit that he possibly could, and he was very comfortable doing it at Doral", Mulvaney said on Fox News Sunday.

While Fox News host Chris Wallace immediately pushed back, saying that Trump is the president of the United States, Mulvaney replied that it was his background.

"I used to be in the real estate business. I don’t know what you used to do before you were in the media. He wanted to put on a show. He’s in the hotel business.".

Asked by Wallace if Trump understood that using his resort seemed controversial, Mulvaney insisted the administration could have put on an "excellent" G7 at Trump's Miami-area resort.

Mulvaney sparked widespread criticism last week when he announced that the 2020 G7 summit would convene at one of Trump's properties, with many arguing that the move violated the Emoluments Clause of the Constitution barring federal officeholders from receiving gifts or benefits from foreign governments. Mulvaney asserted at the time that Trump would receive no profit from the gathering. Yet in response to the backlash, the US president announced late Saturday that he would no longer consider his Doral resort as a viable option for the event.