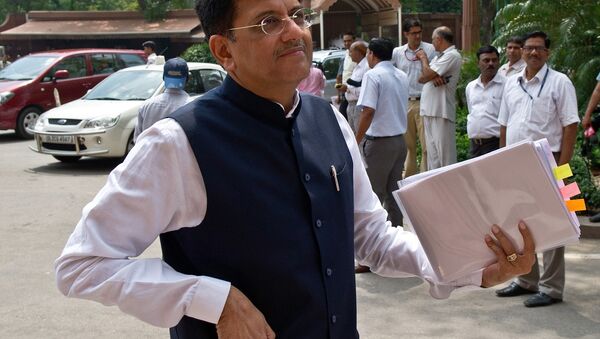 India's Trade Minister Piyush Goyal, however, sought to allay fears and said, the interests of the domestic industry would be protected before New Delhi signs any free trade agreement. He was talking to media persons on the sidelines of US--India Strategic Partnership Forum in New Delhi on Monday.

Indian farmers have also raised concerns about the pact, as they fear that lowering import tariffs on various farm commodities would hurt their prospects in the market. Under the RCEP, the signatories have to reduce or abolish tariffs on imports and exports. The pact is imperative for India, as nearly 20 per cent of its exports go to members of RCEP, and the import basket is around 35 per cent from these countries.

Besides the farm sector, small scale manufacturing companies also dread the impact of the agreement.

RCEP aims to create a free trade zone that includes half of the world's population and 34 per cent of its global gross domestic product. China is at the forefront of pushing the agreement as Beijing, after further relaxation of tariffs, would be able to penetrate deeper into the Indian market.

Trade talks with the United States, Goyal said, are on track and New Delhi is looking for technology, innovation, skills and quality education from American entities. He said Indo-US bilateral relations are at their best and trade relations between the two countries have untapped, huge potential.

Trade relations between India and the US deteriorated after the Trump Administration removed India from the Generalised System of Preference Programme that allowed the duty-free entry of annual Indian exports up to $5.6 billion. India imposed retaliatory tariffs on 28 American products including almonds, apples and walnuts.

Indian Finance Minister Nirmala Sitharaman also feels that the talks are going well and could be concluded sooner.

"I think the trade talks will conclude sooner. The talks are going on very well. Yes, we couldn't conclude them before the Prime Minster's (Narendra Modi) visit (to the US) happened. But both sides are engaged with all commitment," Sitharaman had said last week while in the New York.

She said New Delhi seeks a fair and reasonable trade deal which guarantees access for Indian goods to US markets while addressing the trade deficit issue.