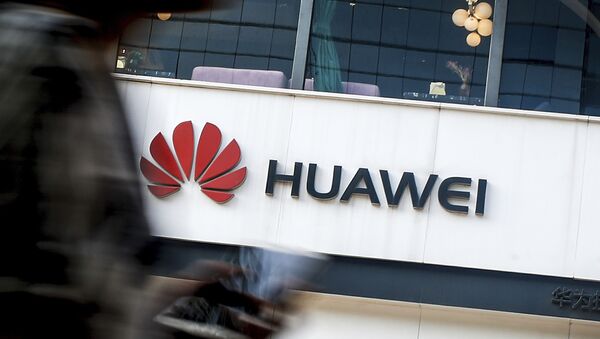 The news comes as last week, the company reported steady growth despite US sanctions. According to estimates, Huawei’s revenues increased to 86 billion dollars in the first three quarters of 2019.

The Financial Times cited unnamed senior Huawei officials as saying that US sanctions are hurting the company as it attempts to replace Google applications on its cell phones.

The Trump administration placed the Chinese giant on its trade blacklist, claiming that Huawei is spying on its customers at the behest of China's government, a claim that Huawei and Beijing have denied. Under the ban, Huawei is not allowed to buy US products and its equipment and products can’t be used by US government agencies.

Senior executives allegedly said that Huawei had managed to find alternatives to the equipment they bought from US companies, but not to the computing services provided by Google. Following the ban, reports emerged that Huawei was developing its own operating system that would replace Google’s Android. According to the FT, now officials admit that it could take years before the company can develop its own operating system, known as Harmony.

At the moment, customers who are using Huawei’s existing mobile phones are able to use Google Mobile Services, such as Google Maps and the Google Play app store, due to a temporary exemption signed by President Trump, but newer models are not covered by this measure.

But despite US sanctions, Huawei has reported steady growth. In the first three quarters of 2019, its revenues grew to 86 billion dollars. However, overseas sales dropped after the US claimed that Huawei’s products pose a risk to national security.

Huawei’s executives have been trying to secure a meeting with the Trump administration and lawmakers on Capitol Hill in order to persuade them to allow the Chinese company to buy equipment produced in the US, but Joy Tan, vice president of public affairs at Huawei US, said they don’t get too many meetings. “I haven’t spoken to anyone in the government, though not for lack of trying”, she said.

The company relies on its customers, including Google itself, which warned President Trump against imposing an extensive ban; thus, the tech giant’s clients are lobbying on behalf of Huawei.

The US ban on Huawei is part of a bitter trade dispute between Washington and Beijing, with both sides imposing multibillion-dollar tariffs on each other's products. The trade spat has upset markets around the world and affected the global economy.