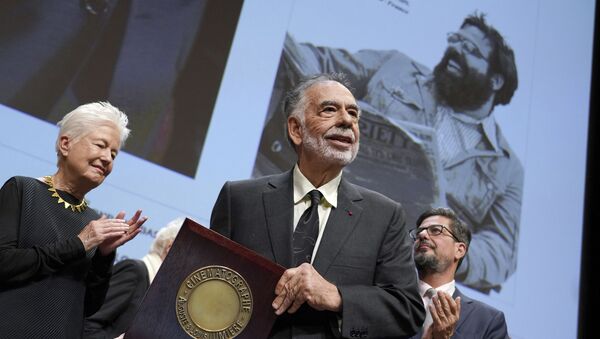 During his trip to Lyon, France, to receive the Prix Lumiere for contributions to cinema, the “Godfather” director supported Scorsese’s view that Marvel’s big superhero films are attractions rather than cinematography.

“When Martin Scorsese says that the Marvel pictures are not cinema, he’s right, because we expect to learn something from cinema, we expect to gain something, some enlightenment, some knowledge, some inspiration,” Coppola said while speaking to a journalist in Lyon. “I don’t know that anyone gets anything out of seeing the same move over and over again. Martin was kind when he said it’s not cinema. He didn’t say it’s despicable, which I just say it is.”

James Gunn, who directed the Guardians of the Galaxy, disagreed in the post on Instagram on Sunday, arguing that Scorsese and Coppola essentially were repeating the same line of criticism that older generations gave them when they were younger.

Many of our grandfathers thought all gangster movies were the same, often calling them “despicable”. Some of our great grandfathers thought the same of westerns, and believed the films of John Ford, Sam Peckinpah, and Sergio Leone were all exactly the same. I remember a great uncle to whom I was raving about Star Wars. He responded by saying, “I saw that when it was called 2001, and, boy, was it boring!” Superheroes are simply today’s gangsters/cowboys/outer space adventurers. Some superhero films are awful, some are beautiful. Like westerns and gangster movies (and before that, just MOVIES), not everyone will be able to appreciate them, even some geniuses. And that’s okay. ❤️

He argued that gangster movies, which have been closely associated with Coppola and Scorsese, were once called “despicable” by “our grandfathers,” who also regarded the films of John Ford, Sam Peckinpah, and Sergio Leone as “exactly the same.”