No Wi-Fi on Mars? Elon Musk Intrigues Netizens by Disappearing From Twitter 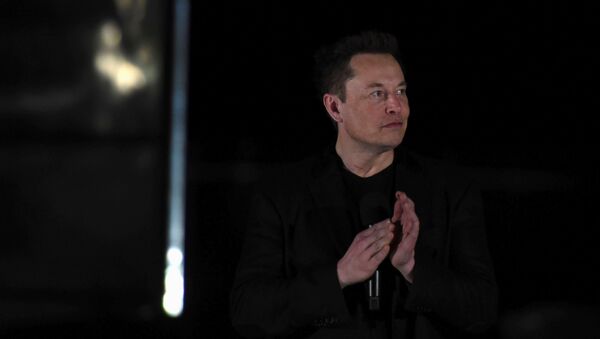 The Tesla and SpaceX founder is no stranger to social media, having an active Twitter account that he uses to share his company’s news as well as for posting memes and jokes. His most recent post, from 17 October, with the announcement “Going offline for a few days” has inspired numerous theories about why the visionary needed a break.

Elon Musk’s announcement on Twitter that he is “going offline for a few days” has sparked the curiosity of thousands of netizens, who rushed to share their ideas about the reasons behind the apparently abrupt move.

Some suggested that the visionary, whose company is working on sending people to Mars, is heading to the red planet himself - or even further.

It's because theres no wifi on Mars

Must be headed to Mars for the weekend.

Where 2? A galaxy far far away

​Other theories were more down-to-earth and creepy.

​Many suggested that when one owns a multi-billion-dollar company, one needs a break from time to time…

He runs multiple billion dollar businesses. Give him a break

Have a good break, man. You’ve got our backs, and we’ve got yours, brother. @SpaceX @Tesla

​…or shared their despair over Musk leaving Twitter and insisted that it would not be the same without him.

​Others begged him to come back after his break.

Hope to see you soon

​Some linked his disappearance to legal proceedings against him.

His stockholders finally got to him, Fs in the chat

​Although Musk has not posted anything on Twitter since then, he has not completely disappeared from the public eye. On 18 October, he spoke to participants of an entrepreneurship forum in the Russian city of Krasnodar after its organisers placed a billboard with an invitation near the SpaceX headquarters.

The tech tycoon has recently had a lot on his plate thanks to his Twitter habits. Last week, he testified in a defamation case over a 2018 tweet of his. Vernon Unsworth sued the Tesla CEO after the billionaire called him a "pedo guy" in the wake of an interview in which the British diver called Musk’s submarine that he sent to Thailand for a cave rescue mission a publicity stunt.

Elon Musk’s tweet was subsequently deleted, with the business magnate issuing an apology to Unsworth and said that “pedo guy” was “a common insult used in South Africa when I was growing up”.

Thanks to the lawsuit, it became known that the eccentric SpaceX founder regularly switches to new smartphones, destroying older ones, Business Insider reported.

"For security purposes, Musk regularly changes his cellular device, at which time his old device is imaged, wiped clean, and stored or destroyed", the outlet said, citing a court document.

The defamation trial is scheduled for 2 December.