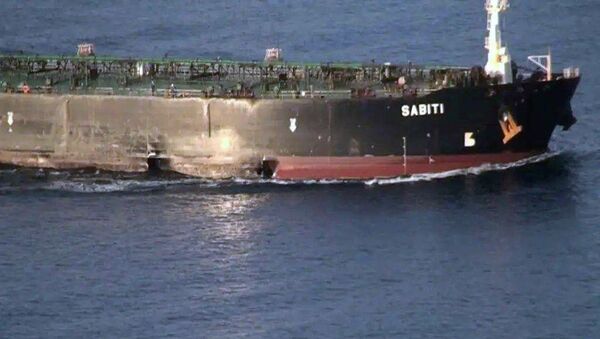 "The Iranian oil tanker [Sabiti], which was attacked near the Saudi port city of Jeddah, has entered Iran's territorial waters," the statement said.

The NITC also stated that the tanker would dick at Kharg Island for unloading and then head to the port of Bandar Abbas for repairs.

Sabiti was hit twice by missiles near Jeddah on October 11. The Iranian Foreign Ministry said that the attack had led to an oil spill. Abolfazl Hassan Beigi, a member of the Iranian parliament's National Security and Foreign Policy Committee, blamed the United States, Israel and Saudi Arabia for the attack and said that there was enough documented evidence to serve as proof and that Tehran would submit it to the UN Security Council.