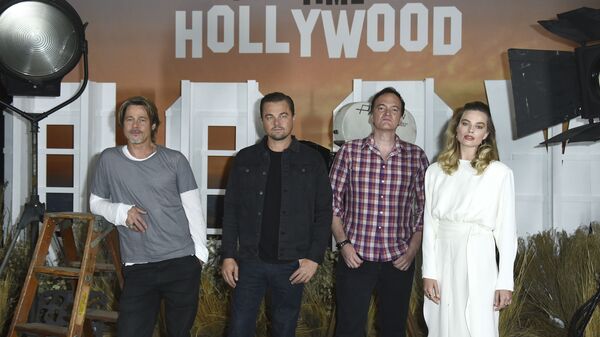 Ilya Tsukanov
All materialsWrite to the author
Tarantino’s new blockbuster, which has already earned $344 million at the box office, was prematurely yanked from the usually lucrative Chinese market ahead of a planned October 25 release.

Writer-director Quentin Tarantino will not be recutting his film ‘Once Upon a Time in Hollywood’ for the Chinese market, an informed source has told The Hollywood Reporter.

The comedy-drama, starring a slew of A-list Hollywood stars including Leonardo DiCaprio, Brad Pitt, Al Pacino and Kurt Russell, and distributed by Sony Pictures, was “put on hold,” according to an exhibitor source, presumably after Shannon Lee, daughter of Bruce Lee, filed a complaint with China’s powerful National Film Administration over the movie’s portrayal of her father as an “arrogant punching bag.”

Lee was not the only one to criticize the film’s version of the martial arts legend. This summer, former NBA star and film actor Kareem Abdul-Jabbar joined multiple celebrities in criticizing Tarantino over his film's portrayal of Lee, calling it “sloppy” and “somewhat racist.”

Abdul-Jabbar, 72, said Lee had been a friend of his, and said that filmmakers “have a responsibility when playing with people’s perceptions of admired historic people to maintain a basic truth about the content of their character.”

Tarantino defended his version of Lee, however, saying the martial arts master really was “kind of an arrogant guy,” and that “The way he was talking, I didn’t just make a lot of that up. I heard him say things like that to that effect.”

The news sparked a debate online, with some users appearing to praise China’s decision, while others claimed this was ‘another example’ of Beijing clamping down on free expression.

Dont be so shocked...totally disrespectful to the great @brucelee and their race. Bruce was outspoken for "an Asian" and this was Quentin Tarantino way to shut his race up. #racist #equality #OnceUponATimeinhollywood

Bruce Lee’s daughter conspiring with the Chinese government to censor Quentin Tarantino’s latest movie was not a plot twist I saw coming! https://t.co/apAYY1KapL

If you're keeping score:

Bows to China: NBA, most of Hollywood

I'm so proud of Sharon Lee. Fight the good fight, still boycotting it. National Review: China Cancels Once Upon a Time in Hollywood Release after Appeal from Bruce Lee’s Daughter.https://t.co/iVVccmL9e1