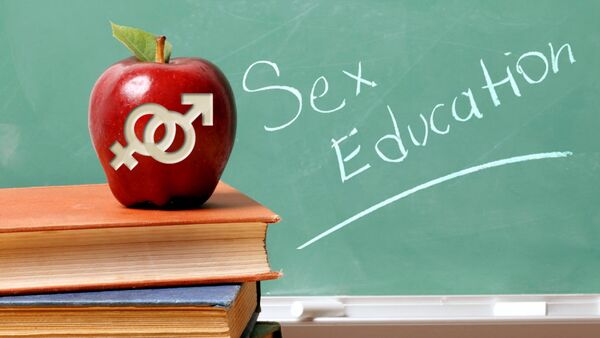 While people opposing the new legislation argued that it may put young people at risk, the bill’s proponents argued that such fears are merely an “overinterpretation” of the new law.

About a 1,000 people held a rally in Warsaw as Polish lawmakers voted in favour of a new legislation set to criminalize “the promotion of underage sexual activity," with protesters expressing concerns that the bill might be aimed at banning sex education by treating it as pedophilia.

The new law may lead to sex educators being sent to prison for up to five years, and would see anti-abortion and anti-contraception ideology being taught in schools, as DW notes.

"I have children who don't yet go to school. I would like to be able to talk to them one day about sex. This poorly written bill prevents me from doing so. It violates the Constitution," sociologist and lawmaker Magdalena Biejat said during the rally.

While the “Stop Paedophilia” committee behind the new law claims that their initiative will protect minors against "sexual depravation and demoralisation," a researcher with Amnesty International named Anna Blus argued that the bill is "outrageous" and "extremely vague and broad."

"This bill will put young people at risk. It could have disastrous effects," she told the media outlet.

Marcin Ociepa, a newly elected PiS lawmaker, argued, however, that the legislation “only says that it is not allowed to encourage a person younger than 15 ... to have sex or to conduct other sexual activities," and that concerns about educators ending up behind bars are merely an "overinterpretation of the bill."