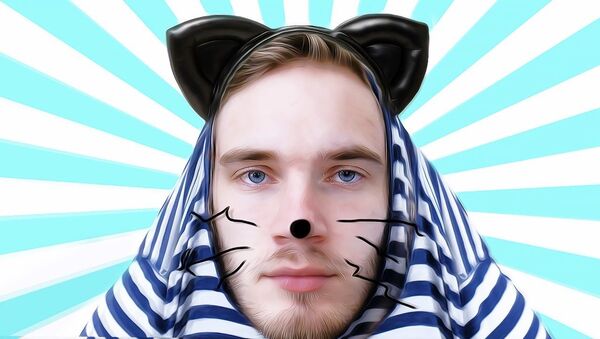 Lady Gaga has generated massive amounts of internet traffic with just two words, “What’s fortnight” – apparently referring to the popular video game. PewDiePie, an avid gamer and idol of the younger audience, called the singer a “boomer” in response – hinting she was out of touch and web-illiterate.

Lady Gaga’s query about Fortnite amused many video game enthusiasts, and YouTube king PewDiePie is in their ranks.

“What’s fortnight,” the Bad Romance hit-maker tweeted on Wednesday in what most commenters agreed was a reference to Fortnite, a multiplayer video game, after the entire island that hosted the in-game battlefield got sucked into a black hole during a live event.

Social media users have gone mad about the tweet, which has garnered over a million likes and a quarter million retweets. Some commenters tried to explain in good faith what Fortnite was, while others provided witty yet somewhat inaccurate responses.

PewDiePie reacted to the tweet with a meme captioned, “Shut the f**k up, boomer,” insinuating that 33-year-old Lady Gaga was out of touch with the younger millennials.

Ironically enough, the pop star is just 4 years Pewds’ senior. When this fact came up in the comments, one user reminded that being a “boomer” is about the way you think, not about how old you are. According to demographic researchers and popular media, people born between 1981 and 1996 are thought of as Millennials, whereas Boomers belong to the Baby Boom generation, most often defined as those individuals born in the fertile post-WWII years, between 1946 and 1964.

PewDiePie started off as a “Let’s Play” video blogger – live-streaming gaming videos with superimposed commentary in the corner – but has since shifted toward more satirical content. However, after several years of continuous content-making, the PewDiePie channel has recently returned to gaming – most notably to the all-conquering sandbox title Minecraft.