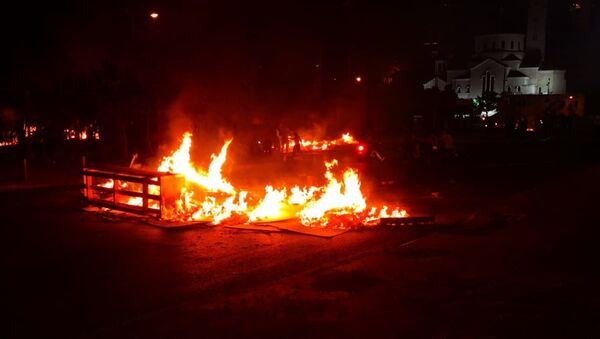 The finance minister delivered the announcement regarding the budget as tens of thousands took to the streets Saturday for a third day of protests against tax increases and alleged official corruption.

Lebanon's minister of finance said on Saturday following a meeting with Prime Minister Saad al-Hariri that they had agreed on a final budget which did not include any additional taxes or fees in a bid to appease nationwide protests.

This development comes as tens of thousands of Lebanese people took to the streets Saturday for a third day of protests against tax increases and alleged official corruption.

The rallies erupted when the government moved to introduce a $6 monthly tax on online calls made via WhatsApp and other mobile applications.

Even though the tax was scrapped as the protests gained momentum, the rallies continue, with dozens of people injured in clashes between security forces and protesters.