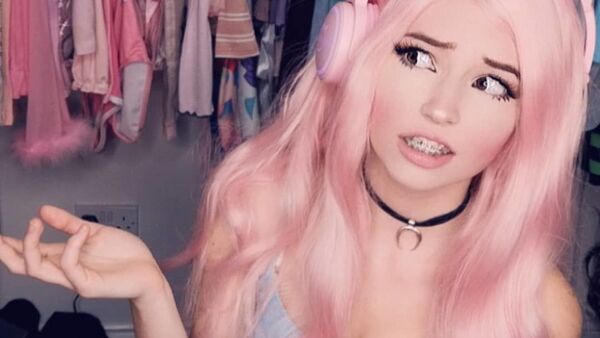 Even as Belle Delphine tweeted that she was arrested for an act of vandalism, at least one social media users stepped forward to reveal that the mugshot posted by the model appears to be fake.

The peculiar antics of a social media personality known as Belle Delphine, who made headlines earlier this year by literally selling her bath water, has apparently led a number of people to regard her as a so called “troll”, a person who derives enjoyment from the public’s reaction to their provocative actions.

As Cheat Sheet points out, Belle herself did previously admit that her “weirder content” gets a “bigger reaction”, even as she “was careful to maintain her image as a playful, NSFW social media star, and continued to post lots of pictures designed to draw in new followers and fans”.

“It is very possible that Delphine is playing the system, playing elaborate pranks on fans in order to keep herself relevant or to draw more likes on social media,” the media outlet notes.

Earlier this month, Belle made a surprising reveal, tweeting that she allegedly got arrested for vandalising the car of a girl who had stolen her hamster at a party.

I had a strong feeling Belle Delphine was being a TROLL/BELLE DELPHINEE! But thanks @InformOverload for telling the lot who were clueless of her shenanigans lol that's why I love her! pic.twitter.com/FfXBOhMKOE

Calm down. She’s a Grade A troll, and y’all keep feeding her smh pic.twitter.com/FWpRloDEXD

​Belle Delphine is a 19-year old cosplayer and social media personality who stole the media spotlight in July by offering to sell her bathwater to “thirsty gamer boys" for $30 per jar.

while Belle does not seem post official adverts or “pose with products” like some social media stars do, her Patreon account likely nets her about $42,500 to $313,000 per year, according to the Sun's previous estimates.