Gold of Knights Templar: Explorer Reportedly Gets a Glimpse of Fabled 'Treasure Tower' 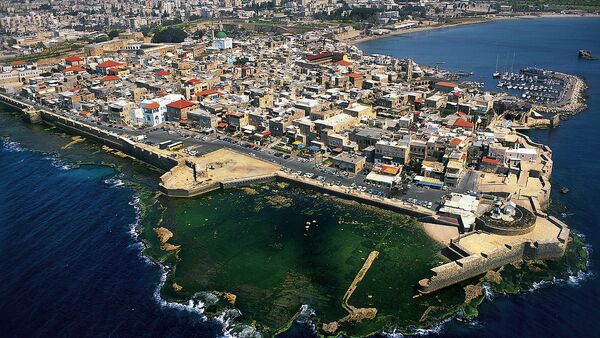 A combination of photographs and 13th century writings was used by scholars to reconstruct a 3D image of the Templar fortress which, at one time, may have housed their vast fortune.

Scholars have apparently managed to locate the place where the legendary Knights Templar stored their gold during the Crusades, the Daily Star reports.

According to the newspaper, a new National Geographic documentary called “Lost Cities with Albert Lin” reveals how the eponymous explorer pursues this myth to the city of Acre where the last known headquarters of the order was located.

"There was a very old tower by the sea which is where the Templars kept their treasure," Lin said, citing a journal from a 13th-century writer, which described a temple fortress by the sea.

Combining high-tech archaeology, breathtaking visuals, and genuine exploration, Lost Cities with Albert Lin brings the mysteries of the past to life. Be sure to catch a sneak preview of the new series next Sunday, October 20th at 10/9c. #LostCities pic.twitter.com/stBdQtNM1X

​During a visit to the Acre waterfront, he also conversed with a marine archaeologist who told him that a "large hoard of coins" was previously discovered at the entrance to the harbor, and that "what appeared to be a naturally-forming shelf of rock outside the harbour's walls may actually be the foundations to a huge structure during the Crusades period."

Using the information from the journal and the images of the rocks surrounding the harbour which he surveyed using a drone, Lin came up with a 3D map of the structure, including the "Treasure Tower" where, as the newspaper claims, "the huge wealth may have been stored," even though he wasn’t able to find the legendary treasure itself in the end.