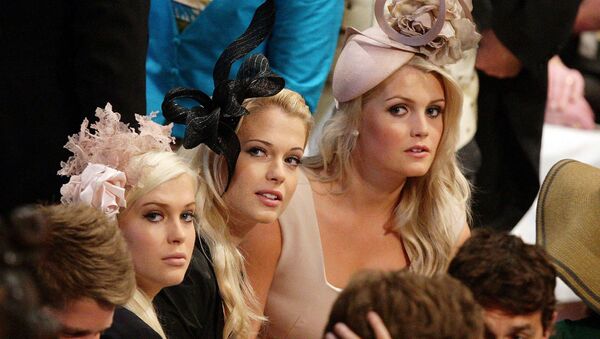 Despite the fact that the teacher’s brother and Lady Amelia are not married, Amelia’s sister has allegedly referred to the former as her “big brother” in the past.

Fiona Viotti, a now ex-teacher at the Bishops Diocesan College in Cape Town who recently quit her job after allegedly becoming engaged in sexual relations with one of the students, appears to have certain indirect ties to the British nobility with the Daily Mail describing her as “sister-in-law” of Lady Amelia Spencer.

According to the newspaper, Fiona’s brother, Greg Mallett, is in a long-term relationship with Amelia, Princess Diana’s niece and daughter of Charles Spencer, 9th Earl Spencer.

And while Greg and Lady Amelia are not married, the newspaper claims that the former is considered to be part of the family, and that Lady Kitty Spencer, Amelia’s sister, has referred to Greg as her “big brother” in the past.

The scandal involving Fiona erupted when the student she allegedly had a liaison with, turned to his parents, who later informed the headmaster, for help after the woman had refused to end their affair.

While the school is currently investigating these allegations, no charges have been pressed yet.

Viotti, a former teen water polo star who was featured on Sports Illustrated as one of the "Beauties of Sport" ten years ago, is the niece of Nick Mallet who used to be a South African national rugby coach.