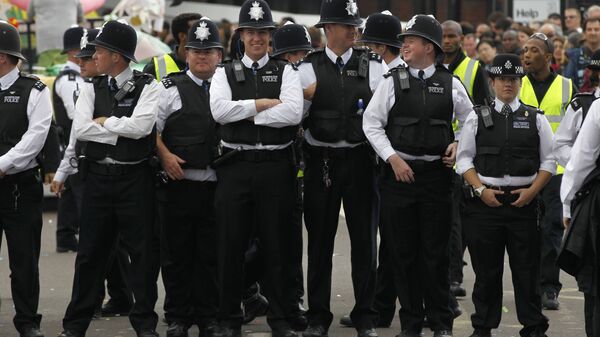 Officers arrested 743 people and seized drugs worth almost £500,000 12 guns and dozens of other weapons. The combined operation involved forces across England and Wales, and resulted in the disruption of 49 deal lines, officers say.

UK police have made a record number of arrests in a week-long crackdown on so-called county lines drug gangs.

County lines criminal syndicates use dedicated phone lines to send mass texts to customers and organise networks of couriers - often children - to move drugs from cities to smaller towns. The dealers themselves, typically based in distant cities, remain anonymous and disconnected from the groundwork to avoid getting caught.

In the process, vulnerable individuals are exposed to physical, mental and sexual abuse, and in some instances will be trafficked to areas a long way from home as part of the network’s drug dealing business.

Overall, 652 men and 91 women were arrested in the ‘National Week of Intensification’ - the targeted activity, coordinated by the National County Lines Coordination Centre (NCLCC), jointly run by the NCA and NPCC, was led by police forces and Regional Organised Crime Units. This is the fourth ‘week of intensification’ since the NCLCC was launched in 2018. On top of raids at dawn and stopping vehicles ferrying drugs and county lines operatives, the operation also made use of intelligence from the National Crime Agency and automatic number plate recognition cameras.

During the devastating news of unceasing rise in knife crime over the last few years, it’s encouraging to hear the Chief Constable of @kent_police talk about the causes of it & how young ppl groomed for #CountyLines should be seen as safeguarding & not just criminals cases. #ACEs pic.twitter.com/vdq5wZ2SAE

​Authorities state they will now treat County Lines networks as child traffickers, not just drug dealers, under modern slavery legislation. It's uncertain how many children are embroiled in such activities, but the UK Children's Commissioner estimates there at least 46,000 in England — with 4,000 in London alone — operating in around 1,000 gangs.

National Police Chiefs’ Council lead for County Lines, Deputy Assistant Commissioner Duncan Ball, said: “During the past week we have made further strides in tackling and dismantling the activities of County Lines gangs. The large number of arrests and weapons seized is testament to the joined-up work between law enforcement and our partners. We will not treat the criminals who run these lines just as drug dealers. We will work tirelessly to prosecute them for these offences but also, where we have the evidence, we will seek to prosecute them for child trafficking under modern slavery laws to reflect the devastating nature of their exploitation of young and vulnerable people. We need the public to continue helping us with information or concerns they have. This can be done anonymously through Crimestoppers.”

We've safeguarded more than 100 people in a #countylines week of action across #Merseyside. Here, DCI Reardon explains what action we've taken and how parents, carers, friends and organisations can spot the potential signs that someone you know is being criminally exploited. pic.twitter.com/KYBOUAmdM4

​However, some have suggested it’s precisely authorities’ heavy-handed approach to the ‘war on drugs’ which has led criminal gangs to exploit children in the first place. Neil Woods, formerly the UK’s top undercover police officer and now an advocate of drug legalisation, previously told Sputnik if people like him hadn’t have been so successful, “children wouldn't be used by gangs now”.

“Getting them to hold and/or sell drugs is a great defense – it's borderline impossible to embed an undercover in a teenage racket. Also, they're highly disposable, easily manipulated, and readily bought. This is the tip of the iceberg, too, we ain't seen nothing yet. It's going to get significantly worse — more competitive, more violent, it's going to spill onto city streets everywhere," Neil contends.