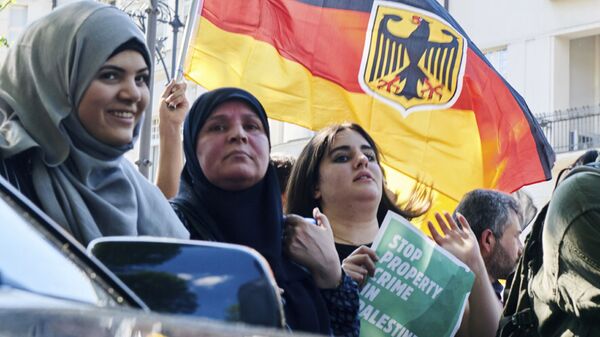 Ilya Tsukanov
All materialsWrite to the author
These findings were recently published in the Shell Youth Study, a survey established in 1953 to help flesh out the attitudes, values, habits and social behaviours of German young people.

One in five Germans between the age of 12 and 25 would not like to have a family of refugees as their neighbours, the 2019 edition of the Shell Youth Study has found.

Nationwide, German citizens tracing their origins in Muslim countries, were said to have been more apprehensive of Jews and persons from the LGBT community, with 14 percent and 18 percent admitting they wouldn’t like to have persons from these groups as neighbours.

The Shell Youth Study uses the question about neighbour preference as a means to measure tolerance.

The survey found that some 71 percent of young people consider pollution as their main fear, with terrorist attacks and climate change ranking second and third with 66 percent and 65 percent, respectively. 71 percent of respondents also supported the statement “I don’t think politicians care about what people like me think,” with the study classifying that as a “populist statement.”