When a Horror Films Come to Life: Flood of Blood and Gore Drives Family From Home 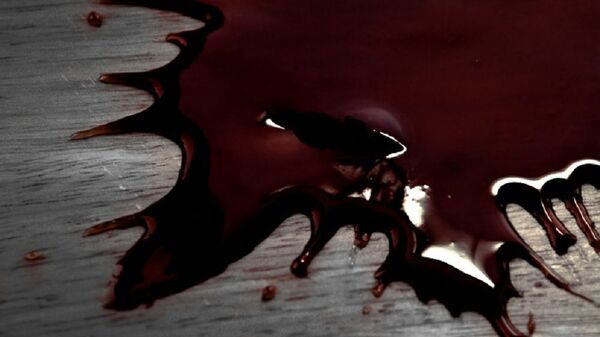 The Iowa Department of Natural Resources has confirmed that the substance that filled the family’s basement is comprised of animal blood, fat and bones.

A veritable bloody deluge essentially forced the Lestina family to abandon their home in Bagley, Iowa when they suddenly found their basement flooded with viscera, NBC-affiliated WHO TV Channel 13 News reports.

According to the media outlet, the father, Nick Lestina, blamed this scene worthy of a horror movie on Dahl’s Meat Locker, a neighbouring meat processor whose employees were allegedly dumping cattle and hog remains down the floor drain, which is apparently connected to his pipes, thus leading to this gory sludge emerging in Lestina’s basement.

The Iowa Department of Natural Resources, whom Lestina immediately notified about this incident, confirmed that the substance in question is indeed a mixture of animal blood, fat and bones.

But while the department said that the meat locker has been cooperating with the ongoing investigation, Nick claimed that the company is not acting very neighbourly.

"They haven’t reached out at all. In fact, they haven’t taken any accountability for it. They say it’s not their fault and told me ‘good luck’. If I want to do anything about it, it’s on my dime and my schedule", he complained.

An environment specialist at the Iowa Department of Natural Resources named Kevin Wilken told Newsweek that he had visited the premises and confirmed that the meat locker’s floor drains were indeed connected to the Lestina residence, with the whole incident apparently being caused by a blockage in the facility’s drainage systems.

The media outlet also notes that the family has been staying out of their residence since 3 October and, as Wilken remarked, "it is unknown as to when they can return".