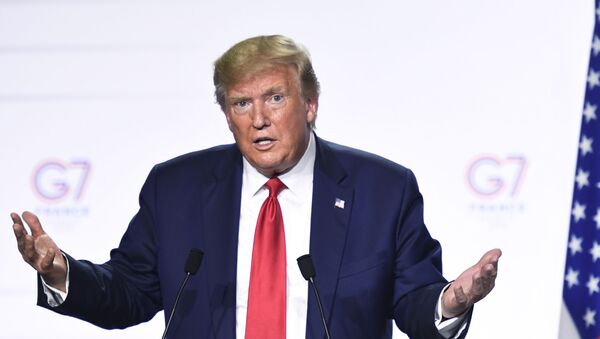 The next G7 summit will be held at Donald Trump's Doral resort in Florida on 10-12 June 2020, the White House said.

He added that discussions about whether to have Russia join a G7 summit are still ongoing.

According to a White House statement, the next G7 summit will take place at Trump's National Doral resort in Miami, Florida on 10-12 June 2020.

Mr Mulvaney also commented on Trump's decision to suspend aid to Ukraine, saying that this had nothing to do with the Biden family. When asked whether getting Ukraine to investigate Trump's concerns over the 2016 election was a reason for suspending the aid, Mulvaney responded positively.

He added that he did not play any role in pressuring Ukraine to investigate the Bidens. According to Mulvaney, Trump asked US Energy Secretary Rick Perry to work with his personal lawyer Rudy Giuliani on Ukraine policy. Mulvaney added that he himself was not asked to do so.

He also said there is no cover-up concerning Trump's phone call with Ukraine's President Zelensky.