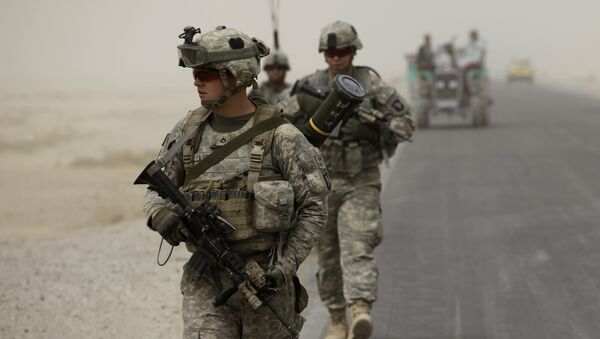 The Army’s latest modernization strategy report revealed they will prioritize countering military developments in China and Russia, the US’ “pacing threat,” as the branch begins a four-stage plan to become a multi-domain force by 2035.

"Our adversaries are investing in tomorrow today, unconstrained by a continuing resolution and singularly focused on shifting the current balance of power," Ryan McCarthy, the recently-minted secretary of the Army, told attendees of the Association of the US Army's (AUSA) annual conference in Austin, Texas, earlier this week.

The Pentagon has eyed Russia and China as “malign actors” since early 2018, when the US military refocused its efforts on “great power competition” with the two nuclear powers and away from the War on Terror, its primary focus up to that point in the century.

In order to keep up with military advancements of other global powers, the US Army announced Wednesday that they would also be “investing in the future” and published a 12-page, public document entitled “2019 Army Modernization Strategy.” According to Breaking Defense, a 250-page “Army-only” copy that went further in depth was also released.

The document describes the Army’s plans to go through four different phases over the next several years to transform the branch’s integrated Joint Force into a “modernized Army capable of conducting Multi-Domain Operations (MDO)” in at least a single area of warfare by 2028 and in numerous theaters, come 2035.

The first phase, which began October 1 - the beginning of Fiscal Year 2020 - and extends through Fiscal Year 2022, involves the “initial field training” of its 34 primary programs. Breaking Defense reported that while the Army listed 31 programs as “top priority” in its 2020 budget, they have since included the three programs from the Rapid Capabilities and Critical Technologies Office that deal with the military fields of directed energy, space and hypersonic weapons.

By 2022, the Army hopes to have refined “elements of the MDO concept” and identified potential issues that would keep the branch from achieving its goal of having an “MDO ready force” in 16 years. The branch will then, from FY 2023 through FY 2025, use knowledge gained in the first phase to create an improved framework while also incorporating modernized equipment necessary for MDO.

“The Army will also shift its training paradigm to meld sophisticated live, virtual, and synthetic environments,” according to the release, which implies the branch will have vetted and approved augmented reality systems for military use by this time period. Army soldiers are currently testing the usability of the Integrated Visual Augmentation System headset and other similar tech. 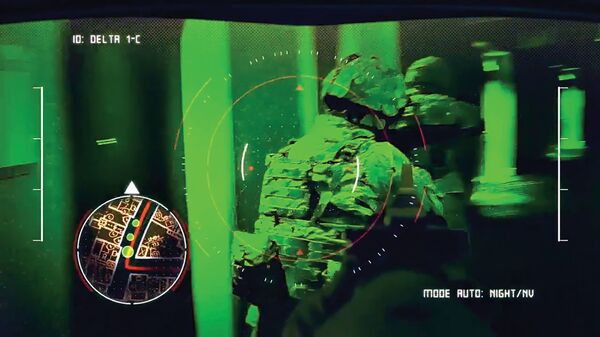 In augmented reality, computer-generated or real-world sensory content is placed on top of a Soldier’s view of the real-world environment
© US Army

The final two phases of the Army’s strategy appear to focus primarily on countering the developments of China and Russia while echoing McCarthy’s September 27 warning to his force that the Army “must modernize today or we could lose the next war.”

Fiscal years 2026 through 2028 mark the third phase, in which the US will set its sights on Russia, which it deems to be the Army’s “current ‘pacing threat’” and “most capable nuclear-armed threat in the near term.” By this period, the Army hopes to have wrapped up tests and launched production of its Optionally Manned Fighting Vehicle, which will replace the M2 Bradley, and the Future Attack Reconnaissance Aircraft, which will replace a slew of helicopters currently in use.

The fourth and final phase, which runs from FY 2029 through 2035, entails “aggressive training, testing, and analysis [that] will validate MDO doctrine and ensure continued seamless integration of capabilities.” Additionally, this will be the timeframe in which “the Army will finish certifying the next force package” - hinting at naval optimization. In providing support to US Navy forces, the Army will have to operate land-based weaponry, such as the strategic, long-range cannon, which is slated to enter the demonstration phase in 2023 and expected to have a range of up to 1,000 nautical miles (1,150 miles or 1,850 kilometers), utilizing long-range missiles.

McCarthy told AUSA conference attendees that in an effort to maintain a commitment to the strategy, the Army has already shifted approximately $10 billion to a modernization budget that will be dispensed over the next five years.

According to the Army’s public release, the branch will not only be committing to modernization over the next 16 years, but will continue its efforts past 2035, “as we must continue to test and refine operating concepts, draw on emerging technologies, and anticipate changes in the operating environment.”