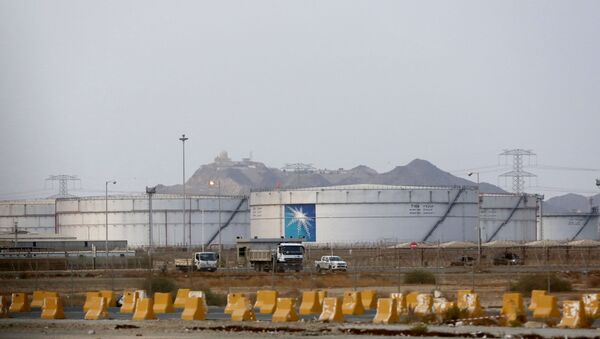 The long-awaited launch has been pushed back by possibly a few weeks but not cancelled, the Financial Times cited three people familiar with the matter as saying.

A source told the daily that the company wanted to make it clear to investors how last month’s attacks on an oil field and a processing plant had affected its quarterly revenue.

The Wall Street Journal reported, citing its sources, that the launch of the share sale might be delayed until December or January.

Aramco was expected to announce the initial public offering later in October. It was reportedly considering a listing of a 5 percent stake, which would have raised a record $100 billion.

The oil facilities belonging to Saudi Aramco were attacked in mid-September which resulted in a temporary sharp decrease in the kingdom's oil output. The Yemeni rebel Houthi movement claimed the responsibility for the attack. Riyadh blamed the incident on Iran, which on its part denied allegations.