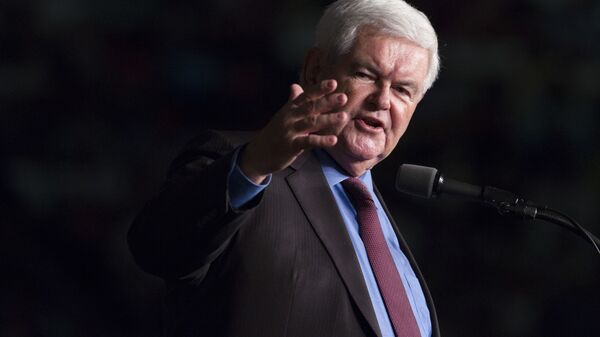 © AFP 2023 / Evan Vucci
Subscribe
International
India
Africa
Svetlana Ekimenko
All materialsWrite to the author
On Tuesday, Ohio hosted the fourth debate of the 2020 Democratic primary campaign, as a dozen presidential candidates took to the stage in the largest field ever to participate in a single debate.

The Democrat Party is radicalizing at such a dizzying pace that it makes even the Clinton and Obama administrations seem centrist, said former Speaker of the House of Representatives Newt Gingrich in an op-ed Wednesday, following the fourth primary debate held on 14 October.

“Tuesday night’s debate was one more reminder that we are living through the death of the Democratic Party,” Gingrich declared, insisting it was mutating into the “Democratic-Socialist Party.”

The American politician and author continues:

“We are watching a historic moment in which a once-great American party is transformed into an anti-American engine of radical change. In 2020, every Democratic candidate will be faced with the challenge of defending a national party which is now the Democratic-Socialist Party.”

According to the politician, in Tuesday’s debate candidates were demonstratively abandoning the platforms of the last two Democrat administrations as a “vestige of relative moderation.”

“Imagine that any candidate last night had had the courage (or lack of sense) to actively defend President Bill Clinton’s policies on welfare reform, capital gains tax cuts, balanced federal budgets, or his 1996 State of the Union assertion that ‘the era of Big Government is over,’” Gingrich queries.

He then also cites Barack Obama’s 2008 stance that “I believe marriage is between a man and a woman” as an example, adding:

“When the last two Democratic presidents are no longer defendable, something profound has happened.”

As for one of the candidates saying he or she were against abortion, contemplates the author of the New York Times bestsellers "Understanding Trump and Trump’s America", the result “might have been a riot – and at a minimum an expulsion of the heretic.”

If one of the candidates had argued that our schools “should not be centers of anti-American indoctrination dictated by left-wing unions,” he asserts they would be “booed off the stage.”

As Gingrich deplores the fact that the Old Democratic Party has given way to an almost unrecognizable “radical caricature” of itself, increasingly less democratic, he writes:

“Alexandria Ocasio-Cortez is now the spiritual leader of House Democrats, and every major Democratic presidential candidate has endorsed radical Green New Deal-type proposals that would expand government, destroy the energy industry, radically change America, and plunge the economy into a depression.”

Gingrich notes that the Democratic-Socialist Party seeks to outlaw private health insurance, punish the successful and expand government control over virtually everything, with proposals ranging from “wanting to confiscate guns” to “forcing the radical California gender curriculum in every state” to “removing the tax exception for every church, synagogue, and mosque that defines marriage as between a man and a woman,” he notes.

Gingrich suggests that Americans pause to ponder the historical significance of what is happening. 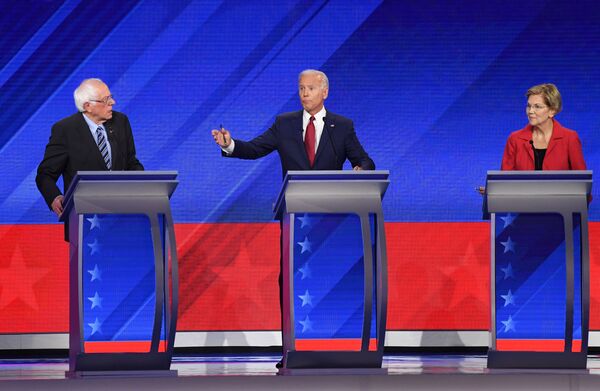 It is “a wrenching, defining moment for the party of FDR and JFK as it is conquered by the party of AOC, Sanders, and Warren,” concludes the former speaker of the US House of Representatives.