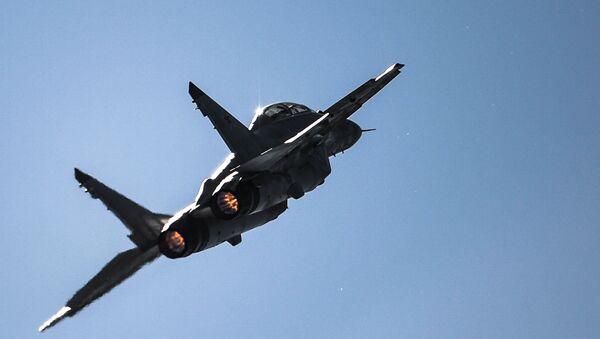 The Indian Air Force (IAF) is participating in a joint exercise with the Royal Air Force Oman (RAFO) at Air Force Base Masirah.

Titled ''Eastern Bridge V'', the exercise is aimed at enhancing inter-operability during operations between the two air forces and provide an opportunity to learn from each other's best practices, the IAF said.

The IAF’s Globemaster will provide logistical support during the exercise.

Ex #EasternBridge19: IAF contingent has set course for the bilateral Indo-Oman Joint exercise today. This is the fifth edition of the Ex Eastern Bridge & the maiden participation of IAF's Mig-29 Upgrade in an International Air Exercise overseas.
Details: https://t.co/jYLxajAejB pic.twitter.com/s18VdrYoWZ

The 10-day drill starting 17 October will offer an opportunity to the IAF to fly its MiG-29 fighter jets alongside the American and the European aircraft F-16 and Eurofighter `Typhoon’.

The MiG-29 has a combat ceiling of 17 km and it carries a 30 mm cannon along with four R-60 close combat and two R-27 R medium range radar guided missiles.

India has already signed a $215 million contract for the purchase of an unknown number of R-27's from Russia.

The Eurofighter `Typhoon’ is multirole fighter which can attain maximum speed of Mach 2.0 (2,120 km/h).

The aircraft is one of the prominent contenders in India’s multi-billion fighter jet deal in which the IAF will purchase 114 fighter jets. In April 2018, the IAF issued an initial tender for the billion-dollar procurement deal.

Last year, New Delhi and Muscat finalised an agreement that provides India with direct access to the strategically located port of Duqm, on Oman’s southern coast.

The port sits on the northwestern edge of the Indian Ocean and also provides easy access to the Red Sea through the Gulf of Aden.