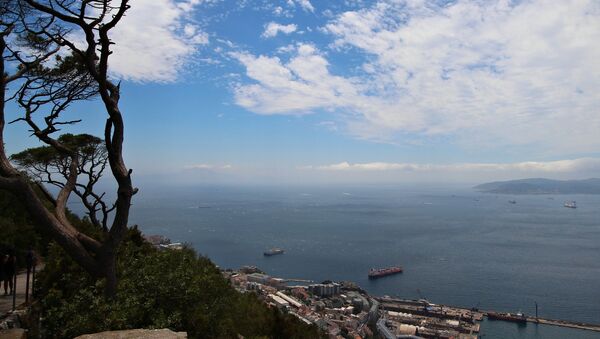 CC0 / /
Subscribe
Brexit has often been touted as an excellent way to improve the British economy, and remove it from the clutches of EU bureaucrats in Brussels, but would this necessarily be the case for every realm that the UK holds sovereignty over?

Take Gibraltar for example; it is a self-governing British overseas territory situated right at the bottom of the Iberian Peninsula, sharing a small border with the Spanish region of Andalucía. It was ceded to the UK in perpetuity in 1713 under the Treaty of Utrecht, and has gone on to be a finance and shipping hub, that takes full advantage of its advantageous location at the entry point to the Mediterranean.

But given that Spain is barely recovering from its own financial crisis and has long called for Gibraltar to be brought under its control, could the country’s government decide to take a hard line on the territory, in order to gain valuable political capital?

The owner of the Gibraltar business Centre Christopher Bourne believed that the future of the rock’s economy will largely be in the hands of Spain.

"It really depends on what happens with the Spanish border to be honest. Obviously most of our trade is done in Spain, but a lot of products and everything else come from the UK mainly, and anything that we have comes in via Spain, whether it’s from the UK or elsewhere, it’s usually by truck," Bourne said. “Depending on what happens with the border; say if the Spanish government decide to close the border or make it extremely hard, that will obviously have a huge impact on most of the businesses within Gibraltar.”

It wasn’t all doom and gloom, as Bourne outlined the potential for Gibraltar to use Brexit as an opportunity to bolster trade with other countries, especially those in North Africa.

“The other alternative that they have here is that we can obviously start doing more trade through Morocco, they have one of the biggest ports in the Mediterranean, so they have a lot of trade that comes through Mediterranean and out to the rest of the world, and they come past Gibraltar, so it comes through and some of them use the Moroccan port, they’ve got a free port there. I would think that if we actually did start looking to Morocco; then we would actually be able to trade more easily with the rest of the world, it would just be a question of getting things as they are parked there and then bringing them over to Gibraltar,” according to Bourne.

The businessman also believed that the UK has had to invest more time on issues relating to the post-Brexit future of Northern Ireland than that of Gibraltar and other overseas territories.

“Obviously with Ireland it’s a far bigger problem. There isn’t a frontier or border between North and South, not a physical one. To build that, there’s a lot more area to cover, but I do think Gibraltar has tended to be overlooked just because of its size I suppose and lack of importance to the grand scheme of things,” he said.

Another leading figure in the Gibraltar business scene, Eran Shay,  Managing Director of Benefit Business Solutions Ltd and the President of the Gibraltar-Israel Chamber of Commerce,  was of the opinion that although Brexit may pose some initial problems for the territory, its economy will still be attractive to investors.

“Speaking from my firm’s point of view where we are actually acting as innovation and business consultants to a lot of companies that are coming from outside the EU actually to Gibraltar, we think that on one hand; the inherent advantages that Gibraltar offers are there to stay,” Shay said.

According to Shay, Gibraltar is a very small jurisdiction, and some of the key advantages of doing business through here, is that there aren’t many bureaucratic layers, so  it is good for companies that are looking to test drive new technologies because the speed to market and to various authorisations which in the big countries can take years or many months, whereas here these types  of processes can be done in a matter of weeks and Gibraltar would still be a very good place to do this whether or not Brexit happens. 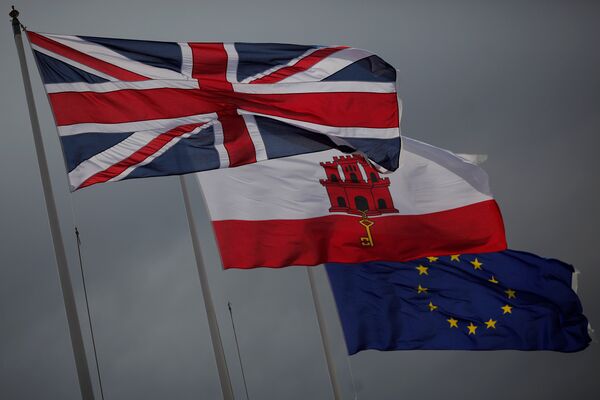 The Union Jack (L), the Gibraltarian flag (C) and the European Union flag are seen flying at the border of Gibraltar with Spain, in the British overseas territory of Gibraltar, historically claimed by Spain April 3, 2017.
© REUTERS / Jon Nazca

Despite the optimism, Shay believed that Gibraltar could face issues with regards to the passporting of financial licences after Brexit.

"The only thing which we are concerned about is the pass porting of financial licenses. At the moment we see a lot of fintech and other financial service firms coming to Gibraltar, be it banks, insurance companies, investment funds, asset management firms and so on," he believes. “If the UK does not reach an agreement with the EU on the pass porting of financial services; then this would definitely be a challenge for Gibraltar, because many of those financial services companies that come here would just go somewhere else because a Gibraltar license would not be passportable.”

The businessman did however believe that Gibraltar could still hold an advantageous position compared to other EU members, as it could provide direct access to the British market.

"Gibraltar would actually be better placed as a way to access the UK market, then for example countries like Malta, Cyprus and other European jurisdictions, so if your market for financial services is the UK, and you want to go through a more friendly, quicker and user friendly jurisdiction, then Gibraltar would still be a better place to start with, rather than setting up somewhere else in Europe," Shay said.

In conclusion, Shay felt that Gibraltar’s economy is versatile enough to weather any economic difficulties that could be posed by the UK’s departure from the EU, and could even branch out into areas such as cryptocurrency.

"We’ve seen Gibraltar reinvent itself already when it comes to cryptocurrency. One of the sectors which Gibraltar has become a world leader in, given the new regulations which came into effect last year, Gibraltar was the first jurisdiction in the world to come up with a regulatory regime for cryptocurrencies, and blockchain companies. In general; given that Gibraltar is a small jurisdiction, it’s very nimble and it can easily adapt to challenges and threats which come from the outside," he concluded.

Indeed even though Gibraltar may potentially face issues regarding food supplies as well as having the fluidity of its border with Spain compromised, it seems that the consensus from leading local business figures, is that Brexit will not prove as damaging to the territory’s economy as initially predicted, due to the diversified nature of its financial sector and business-friendly regulations.