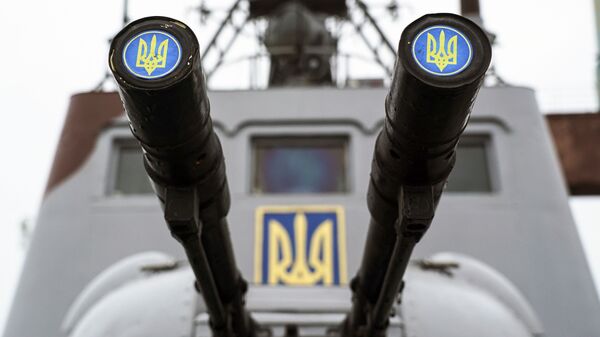 KIEV (Sputnik) - The first joint military exercise between Ukraine and the United Kingdom, dubbed Warrior Watcher, began on Thursday in the city of Mykolaiv, the Ukrainian Naval Forces said.

"The Ukrainian Naval Forces, the Ukrainian Air Force, and the British Armed Forces take part in the exercise. The main goals of the event are to familiarize [the parties] with theory of planning and risk assessment of security of airports and other vital infrastructure objects per the NATO's standards, and to raise the bar of Ukraine's armed forces units' compatibility and the Royal Air Force's security units," the ministry posted on Facebook.

The exercise will last for nine days and include both theoretical and practical components, during which the participants will be shown the security and defence of Ukrainian airfields, followed by practical exercises in the Mykolaiv region's military airfield.

In 2016, the defence ministries of the UK and Ukraine signed a memorandum of understanding, stipulating, among other things, participation in joint exercises.