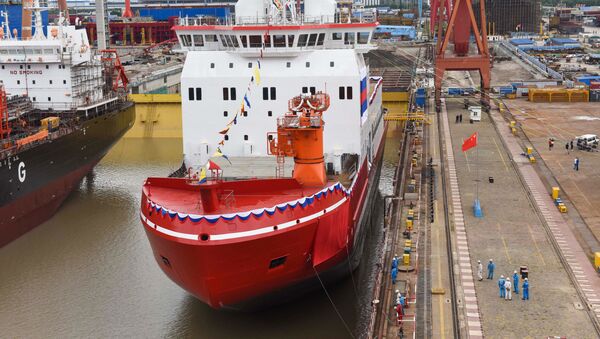 The ship will be a major part of China's 36th Antarctic expedition, which involves 413 scientists, researchers and support staff, and will make stops at two Chinese Antarctic research stations-Zhongshan and Changcheng-with members of the expedition team to conduct scientific operations on the largely frozen continent, according to Qin Weijia, director of the Ministry of Natural Resources' polar expedition office.

It will also make a port call in South Africa related to scientific cooperation projects, Qin told reporters at a news conference in Shenzhen on Monday.

The vessel's partner-Xuelong-will set sail from Shanghai on Oct 22 and join Xuelong 2 at Zhongshan for joint survey operations. Then the two icebreakers will separate and perform their tasks independently.