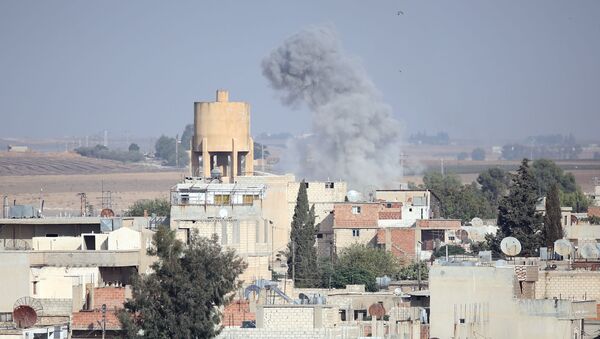 ANKARA (Sputnik) - Turkey will respond to the sanctions imposed by the United States in response to Ankara's military operation in north Syria, Turkish Foreign Minister Mevlut Cavusoglu said on Wednesday.

"We see that Trump, under the pressure of domestic factors, undertakes certain steps against us. No sanctions and no threats are acceptable. We will undertake reciprocal steps in response to these sanctions, we will respond," Cavusoglu said in an address to the Turkish parliament.

On Tuesday, US President Donald Trump signed an executive order authorising sanctions against Turkey following the launch of the latter's military operation, dubbed "Peace Spring," in the northern part of Syria against Daesh* and US-allied Kurdish militia, which Ankara designates as terrorists. Sanctions cover several Turkish institutions and officials, including the Defense Ministry and its head Hulusi Akar, the Energy Ministry and its head Fatih Donmez, and Interior Minister Suleyman Soylu.

Erdogan announced the launch of Operation Peace Spring in northern Syria on 9 October. The Turkish offensive aims to clear a 30-35 kilometer-wide (18-22 miles) area along its border with Syria from Manbij all the way up to the Iraqi border. The military action began with airstrikes on Ras al-Ain in the Hasakah province. On 13 October, Erdogan announced that the Turkish army gained control over the strategic town of Tal Abyad in the Raqqa province. 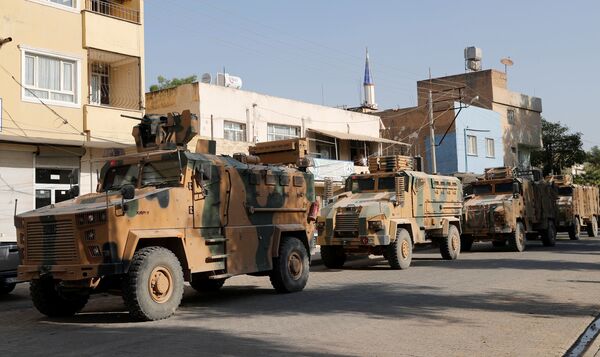 The international community has been vocally critical about Ankara's operation, with a number of countries - including Turkey's and Russia's co-guarantor of the Syrian ceasefire, Iran, - calling upon Erdogan to immediately stop the military action and withdraw troops from Syria. A number of countries, including France, Germany, the United Kingdom and others, have already embargoed arms exports to Turkey, while others have threatened to proceed with political and economic measures, aimed at halting Ankara's offensive.