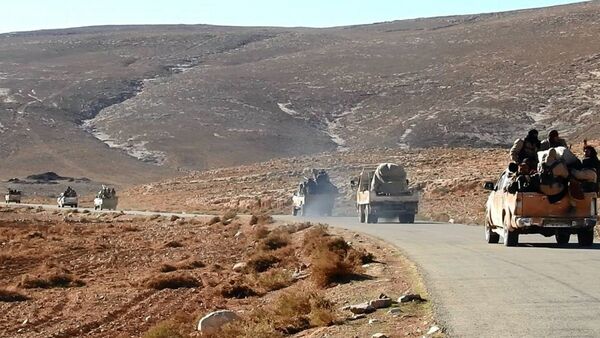 Oleg Burunov
All materialsWrite to the author
The statement comes amid Turkey’s ongoing military operation in northern Syria which was launched on 9 October as part of Ankara's plan to clear its Syria-facing border area of the Daesh* terrorists and Kurdish militia, as well as create a so-called "safe zone" in the area.

Russian Foreign Minister Sergei Lavrov has stated that the countries, which give shelter to those militants who flee Syria, should be responsible for them.

Speaking at the 18th meeting of heads of special services, security and law enforcement agencies of FSB partner states, held in Sochi on Wednesday, Lavrov recalled that European nations have been recently actively refusing to take back their citizens who used to fight along terrorists in Syria.

"We believe that nations that grant citizenship to future terrorists should take responsibility for them", he pointed out.

Lavrov also pledged that Russia would add to the implementation of possible agreements between the Syrian government and Kurds.

According to him, Moscow will also support cooperation between Syria and Turkey aimed at maintaining border security.

The statement comes as Turkey continues its military operation in northern Syria dubbed "Operation Peace Spring" which was launched on 9 October to target terrorists in the area east of the Euphrates.

Among the groups designated as terrorist by Turkey are mostly Kurdish forces, which as Ankara insists, are linked to the Kurdistan Workers party (PKK), also deemed a terrorist outfit by Turkey.

The majority of Western and Arab countries have condemned the Turkish military operation, with the US threatening to slap what President Trump described as “powerful sanctions” on Ankara.

Turkish President Recep Tayyip Erdogan, in turn, made it clear that Ankara is “not worried about [US] sanctions” and that Turkey’s goal is “to eliminate terrorists within 32 kilometres [about 20 miles] from the border”.

“We are holding talks with the US and Russia for field coordination” , he headed.

The Russian Defence Ministry, for his part, said that Syrian government forces had retaken control of Manbij and the surrounding areas after US servicemen left their bases northwest of the city.

Earlier, Trump upheld his decision on the US troop withdrawal, tweeting that “stupid endless wars” in the Middle East are over for the US.