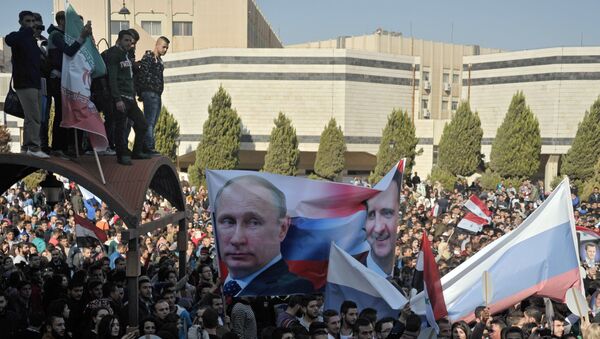 © Sputnik / Dmitriy Vinogradov
/
Go to the photo bank
Subscribe
Finland's Foreign Minister Pekka Haavisto of the Green Party believes the Kurds' alliance with the Syrian Army will bolster Russian influence in the region.

Finland anticipates that the US withdrawal from northern Syria will strengthen both the Syrian government and Russia's stance in the region.

“An agreement with the Kurds will strengthen Bashar al-Assad's regime in Syria. It can make a deal with the Kurds, take over the border area and take control of the entire country”, Foreign Minister Pekka Haavisto told national broadcaster Yle. “In this way, Russia, which has backed the al-Assad regime, will become a stronger actor,” Haavisto ventured.

The Finnish minister described the US Syria policy as “inconsistent”, suggested it undermined the Western position and advanced Russia's.

“Russia's role in the balance of power will become more important,” Haavisto stressed.

Haavisto also called the Syrian military's support for the Kurds a “game changer” for Turkey.

“Being faced by a national opponent, the situation is now more difficult for Turkey. In this way, this no longer looks like an operation against terrorism, but rather an attack on another country,” Haavisto stated.

Furhermore, Haavisto expects Western economic sanctions against Turkey to have a swift impact.

Addressing Turkish President Recep Tayyip Erdogan's threat to send 3.5 million Syrian refugees to Europe, Haavisto suggested that the refugees are being used as pawns in global politics and “exploited for political motives”.

Lastly he lauded the EU's for offering “a mature response” and “demonstrating solidarity with the Kurds”.

Last week, Turkey launched Operation Peace Spring, an offensive in neighbouring Syria aimed at creating a “safe zone” along the border free of Kurdish fighters. Turkey bills the Kurdish forces in Syria as an extension of the Kurdistan Workers' Party (PKK), a Kurdish minority group in Turkey which strives after autonomy and is listed as a terrorist organisation by Ankara, as well as the US and the EU.

The Turkish presidential office said that Erdogan had assured his Russian counterpart Vladimir Putin that the operation in northern Syria will significantly contribute to maintaining Syria’s territorial integrity.

Earlier on Tuesday, Russia's Defence Ministry said that Syrian government forces had retaken control of Manbij and the surrounding areas after US servicemen left their bases northwest of the city.

Meanwhile, the Turkish operation, during which several hundred “terrorists” were claimed to be killed, was widely condemned by European nations; several of Turkey's fellow NATO members have imposed an arms embargo.

Pekka Haavisto is the former leader of the Green League. In 1995, he became the first European cabinet minister representing a green party. He ran twice for president, both times finishing second after incumbent President Sauli Niinistö.

000000
Popular comments
FALSE. Situation in Syria was a good spray of PESTICIDE that worked to rid the country of American infestation. The Russians are the ones the Syrian government invited to be there, not for the US to pest the area with a pseudo state.