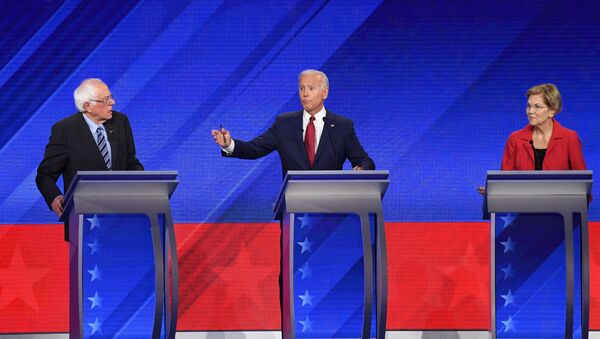 Tim Korso
All materials
The Democratic Party's hard turn towards a progressive agenda could be an obstacle to gaining the votes necessary for victory in 2020.

As the 2020 presidential election approaches, two specific groups of US voters are facing a tough choice: namely Republican Party supporters, who don't want Donald Trump to be re-elected and Democrats who don't approve of the party's turn towards the progressive left. These Democrat supporters could potentially convert to Trump voters, while 'Trump-hating' red voters could potentially defect to the blue camp.

There currently appears less chance of Trump losing support as there is little chance that another Republican candidate could beat Trump to the nomination, as he not only enjoys broad support from red voters, but he also enjoys strong support from his core supporters in the light of recent attacks against him, including an impeachment attempt by Democrats. 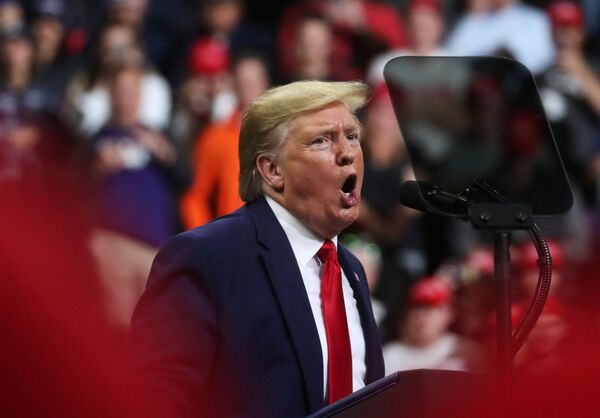 Under normal circumstances, Trump's Republican leaning opponents might vote for a Democratic candidate with a centrist or moderate-left platform. But this seems unlikely in 2020 as the Democratic frontrunners for 2020 are all on the left of the party.

Apart from well-known leftists Elizabeth Warren and Bernie Sanders, who are polling strongly in the Democratic primaries, the majority of the remaining candidates support policies that could scare off potential "red defectors" including  universal healthcare, tax and minimum wage hikes, gun control, and pro-immigration policies.

That's not to say that there are no candidates that hold more centrist positions. Pete Buttigieg claims to be a "capitalist", despite supporting a crackdown targeting major tech companies. There is also Beto O'Rourke, who has adopted a more moderate position on healthcare than many of his opponents, while advocating for harsh gun control. 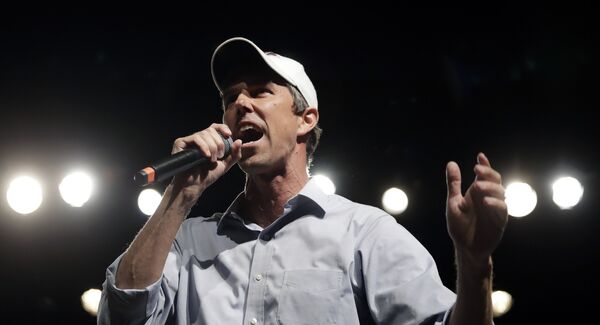 In this Nov. 5, 2018, file photo, Rep. Beto O'Rourke, D-El Paso, the 2018 Democratic candidate for U.S. Senate in Texas, speaks during a campaign rally in El Paso, Texas. Southern politics was a one-party affair for a long time. But now it’s a mixed bag with battlegrounds emerging in states with growing metro areas where white voters are more willing to back Democrats.
© AP Photo / Eric Gay

Less prominent candidates include John Delane, who wants the Democratic Party to be a "big tent" for people with different political views and not just left-leaning ones. Amy Klobuchar, in turn, positions herself as moderate and yet pragmatic candidate, who despite favouring left-of-centre ideas, doesn't want  to go to extremes.

Another outlier is the candidacy of Tulsi Gabbard. Despite supporting many progressive left ideas, the Hawaiian congresswoman is also leaving a space to tack towards the right by, for example, supporting some restrictions on abortion as opposed to the total freedom of choice, promoted by other Democrats. She's also not afraid to appear on right-leaning media outlets, in an apparent attempt to attract possible red defectors.

Still, it's unlikely that these four candidates (out of 19) will make it into the final stages of the primaries, let alone win the nomination and become the Democratic candidate in the 2020 election. The top of the Democratic roster is currently dominated by former vice president Joe Biden, who, however, faces a major scandal linked to his son, Hunter, and two hardcore leftists - Elizabeth Warren and Bernie Sanders. A total of 66% of Democrats support one of those three candidates, according to the latest polls.

The Democratic candidates who can be deemed "moderate" to some degree, so far haven't managed to gain anything higher than the 5.5% achieved by Beto O'Rourke, with three others polling at or lower than 2%. Naturally, some of the candidates, who will be withdrawing their bids, can redirect their supporters to one of these "moderates," but their chances still seem rather slim in comparison to the current Democratic front-runners.

A Missed Chance for Democrats?

Given the Democratic candidates and with President Trump having an 85% approval rating among Republicans, those red voters who do not favour POTUS are left with few options and are likely to simply abstain in 2020.

At the moment, the number of undecided Republican supporters is around 7% of the total, with around 7% more potentially joining them after Trump's opponents pull out of the primaries. This could be decisive in 2020 if a Democratic could lure them into defecting. But with the candidates currently standing this seems unlikely. 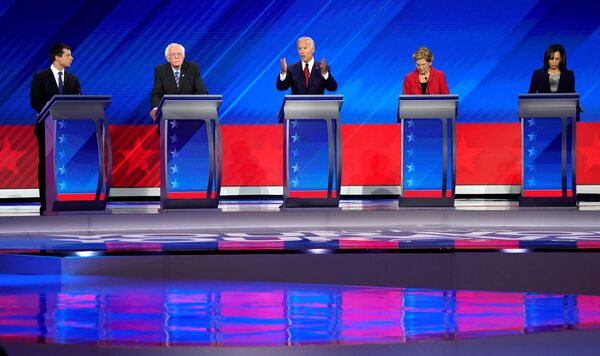 Another possible missed chance for Democrats are their own voters, who might sit out the 2020 election due to the abundance of progressive leftists in the primaries; and there is, of course, also a chance that some of them could switch their votes directly to Trump.