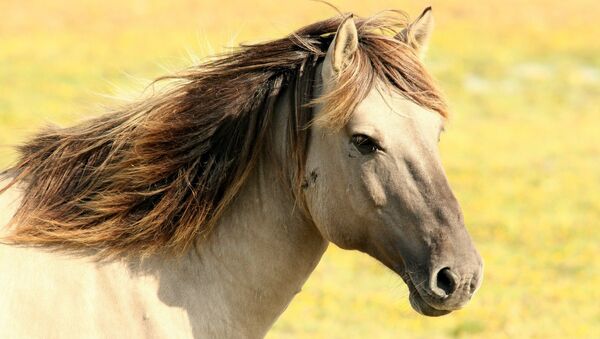 The photograph of a steak made from horse meat has admittedly made Norwegian Pia into “the world's most hated teenager”. Still, she has no regrets and maintains she did the right thing for the environment.

18-year-old Norwegian girl Pia Olden, an equestrianism aficionado from Trøndelag County, has received death threats after posting a picture of meat from her own horse, Drifting Speed.

The now-deleted photograph of a horse meat steak posted on her Facebook page a week ago has unleashed a stream of hateful messages in many languages, riddled with invectives such as “c**t”, which were subsequently purged.

“Many people write that I am a psychopath, that they hope I don't have children and that I should be deprived of the right to have animals”, Olden described her ordeal to national broadcaster NRK, suggesting she feels misunderstood. By her own admission, she has become “the world's most hated 18-year-old”. She found society's development frightful.

Articles in tabloid newspapers such as the British Daily Mail and the US New York Post added fuel to the fire.

“The newspapers made me sound like a cold-blooded killer, who suddenly got hungry, went to the stable and killed her own horse”, Olden said.

By her own admission, the reality is that Drifting Speed received an incurable injury and had to be put down.

“Alas, the horse had to be sacrificed, and since she has received little medication throughout her life, she was fit for human consumption. It was a heavy choice. I was crying on the road to the slaughterhouse, while I was there and on my way home”, Olden said.

Olden, who happens to be a cook apprentice, stands her ground and maintains she has made the right choice.

“I know that I made the right choice for me, by letting the horse do some good even after its death. For me, it was not right to ditch so much premium meat”, she explained her decision, stressing its environmental nature.

“Why are people posting photos of their Friday taco, while I can't post a picture of my Friday steak”, she asked. “I have no regrets. The fact that it escalated so much says a lot more about today's society than it does about me”.

Researcher and author Annechen Bahr Bugge said that while horse meat is as perfectly edible as pork, it has long been considered inedible due to cultural ramifications. She stressed that the horse-human relationship, its role as a working animal and the perception of its personality made horses “inedible”, adding that it is a social construct.

According to her, it was fairly common among Norwegian farmers to exchange animals with neighbours, since many experienced eating their own as troublesome.

She called Olden's push for a sustainable diet and her move to eat her horse instead of letting the carcass rot innovative.

Horse meat is widely consumed across the world, including parts of Europe such as Italy. China, Mongolia, and Kazakhstan are among the world's leading producers of horse meat, which is considered to be lean and slightly sweet.