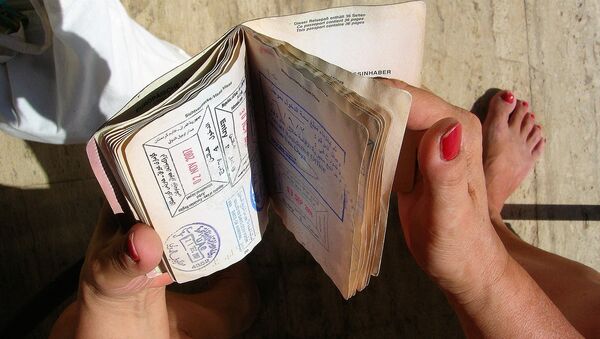 As Danish Prime Minister Mette Frederiksen put it, these people “turned their backs on Denmark” and are very dangerous, which is why their presence is undesirable in Denmark.

Due to the escalating conflict between Turkey and the Kurds, Denmark is now speeding up a bill to revoke Daesh* terrorists of their Danish citizenship. According to the Danish government, there is a great risk of terrorists fleeing camps in Kurdish-controlled areas.

“The current situation in the border region between Turkey and Syria poses a significant risk that foreign fighters with Danish citizenship will soon be on their way to Denmark”, the Danish government said, as quoted by Danish Radio.

According to Social Democrat Prime Minister Mette Frederiksen, the government will do everything to prevent them from returning to Denmark.

“There is a risk that the Kurdish-controlled camps for Daesh prisoners in the border area will collapse and that foreign fighters with Danish citizenship will seek to return to Denmark. These are people who turned their backs on Denmark and violently fought against our democracy and freedom. They pose a threat to our security and are undesirable in Denmark”, Prime Minister Mette Frederiksen explained.

However, the bill will only apply if the person in question is a national of another country. Consequently, it won't work if a person becomes stateless upon the withdrawal.

The news of Denmark's plans to withdraw jihadists' citizenship comes amid a report of a massive jailbreak in the Ain Issa Camp, where Daesh wives and children are held. Hundreds of people reportedly fled the camp as Kurds gave up control amid the Turkish offensive.

On 9 October Turkey launched "Operation Peace Spring" in northern Syria, claiming it to be directed against “terrorists” based east of the Euphrates. Turkey lists the Kurdish militia from the Kurdistan Workers' Party (PKK) and the Kurdish People's Protection Units (YPG) as a single terrorist organisation. Turkey has since claimed to have liquidated several hundred “terrorists”.

Earlier, Turkish President Recep Tayyip Erdogan pledged that Daesh would not resurface in the area following the Turkish offensive.

The Turkish operation has been widely condemned by its fellow NATO members, including Denmark. While several nations, including Denmark's neighbour Norway, have stopped military exports to Turkey, US President Donald Trump has even threatened Ankara with sanctions.