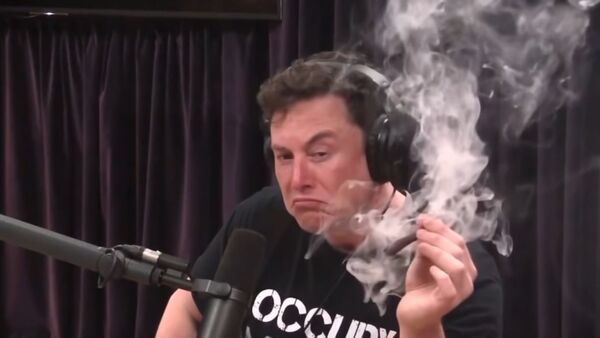 “It’s gonna be amazing, it stops my heart”, Musk said last year when he was questioned about Tesla’s new project. He also opened up about the truck’s design, saying it will look like a futuristic cyberpunk pickup truck from the Blade Runner movie. Now it seems Tesla's plans have changed.

Elon Musk says Tesla’s “heart stopping” electric truck doesn’t look like anything he has seen on the Internet. The tech visionary certainly knows how to draw attention to his projects and make people excited. During the unveiling of Tesla’s Model Y this year, Musk teased with an image of the company’s new truck project, which Musk once described as “the coolest car he ever seen”. On 14 October, he revealed that the truck looks like an armoured personnel carrier from the future.

Cybertruck doesn’t look like anything I’ve seen bouncing around the Internet. It’s closer to an armored personnel carrier from the future.

​Musk admitted that the design may turn people away, but the company intends to do it anyway. Now, take your hand off the panic button if you are not a fan of futuristic designs and APC’s. Musk previously said that the company will make a more conventional truck if people are not happy about its design.

About a minute in, we flashed a teaser pic of Tesla cyberpunk truck pic.twitter.com/hLsGsdyuGA

​Not much is known about the truck’s tech specifications and features. It will be a large six-seater truck with an option for driving 400-500 miles without needing to charge. It will also feature adjustable suspension height and have power outlets allowing it to use heavy duty 240V so that owners won’t need electric generators. Among other features, there are 360 degree cameras, sonar, and the ability to parallel park automatically.

The truck was supposed to be unveiled this summer, but the date was postponed. Now Musk says Tesla will debut its cybertruck this November.