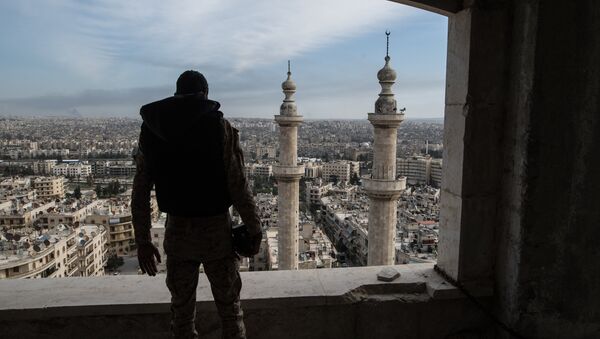 MOSCOW (Sputnik) - A number of settlements in the provinces of Aleppo, Raqqa and Hasakah in Syria have announced the restoration of Syrian sovereignty on their territory due to the inability of the Kurdish Autonomous Administration of North and East Syria to protect the population and solve humanitarian problems, the Russian Military said.

"The self-proclaimed Autonomous Administration of North and East Syria, having not received support from the United States and other Western countries, was unable to take any effective measures to protect the population and resolve humanitarian problems," Maj. Gen. Alexey Bakin, the head of the Russian centre for Syrian reconciliation said at a daily briefing.

"As a result, the self-governing authorities of the settlements in the Manbij district of Aleppo province, Tabka district of Raqqa province, Qamishli and Hasakah districts of Hasakah province announced the full restoration of the sovereignty of the Syrian Arab Republic on their territory," he added.

The general also said that in other settlements in Deir ez-Zor and Raqqa provinces, representatives of several tribal unions had held demonstrations against the foreign aggression and terrorism, and sent appeals to the Russian reconciliation centre to assist them in restoring the legitimate authority of Syria.