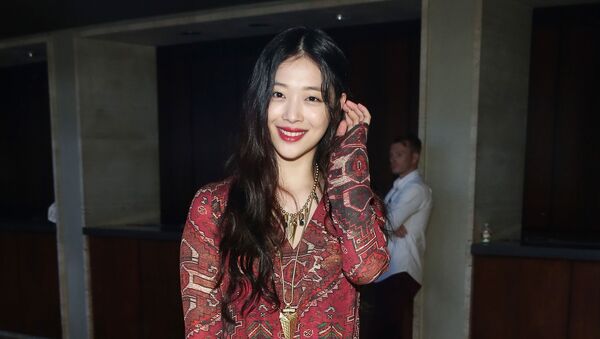 The pop star's body was reportedly found by her manager at her house at 3.20 pm in South Korea’s Gyeonggi province.

K-pop star Choi Jin-ri, known by her stage name Sulli, was found dead on Monday at her home in Seongnam, according to police.

"Choi seemed to have lived alone in the house. It seems that she took her own life but we are also looking into other possibilities", the police stated.

Sulli launched her K-pop singing career in 2009 as a member of a band called f(x). The band, formed by the company SM Entertainment, was one of the most popular K-pop girl groups in South Korea.

In 2014, the South Korean celebrity was forced to suspend her career following a slew of hateful comments online.

The incident comes roughly two years after another K-pop star, Kim Jonghyun, who had a contract with SM Entertainment, committed suicide at a rented apartment in Gangnam.