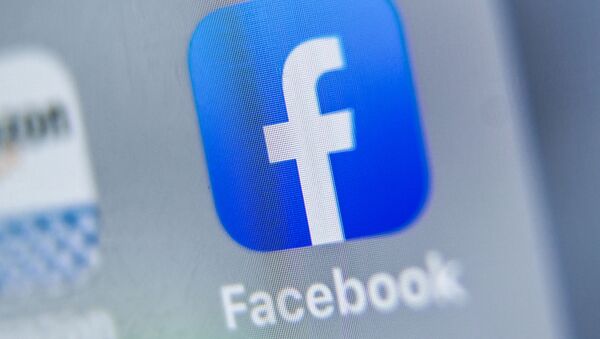 New Delhi (Sputnik) Amid rising concerns about rumour mills making the rounds on various issues, including nationally sensitive ones, the Indian government has demanded that restrictions be placed and mechanisms be created to contain fake information or news.

Facebook executive Nick Clegg recently advised Indian ministers about the 'company's resolve not to compromise on the privacy of WhatsApp users.

Indian IT and Telecom Minister Ravi Shankar Prasad on Monday underlined the importance of law enforcement agencies knowing the source of WhatsApp messages being circulated to spread false rumours and fuel violence.

"We respect encryption, but when the same message is being played repeatedly at the same time, same area and on the same issue to create chaos and spread false rumours, law enforcement agencies must have access, and the source of nuisances must be identified to deal with circulation of false rumours in such cases."

The minister was speaking at the India Mobile Congress 2019, as he called upon global tech giants to provide information on sources of encrypted messages to control rumours.

The remarks come as the issue of traceability of messages continues to remain a significant point of contention between the government and WhatsApp.

The minister, meanwhile, said India was generating the largest amount of data in the world, and he was keen that "India should become a big centre for data analytics, data cleaning and data refining".

He also stressed the need to maintain a balance between data privacy, data innovation and data utility.

With nearly 400 million monthly active users, India is the largest market for WhatsApp.

Due to the free and easy availability of the messaging platform, the app was previously exploited in India to spread provocative messages and misinformation around the country.

The proposed amendments require companies to enable the tracing of the origin of information on their platforms if required by legally-authorised government agencies.

WhatsApp had categorically stated that the Indian 'government's demand that it provide absolute traceability of messages was not possible, because it would undermine the security of user data.

After fake and propaganda messages on WhatsApp led to incidents of mob lynching and other internal security issues in India, Facebook limited text forwarding capabilities to just five chats at a time in India and added a "forwarded" tag for messages sent from other groups and chats.