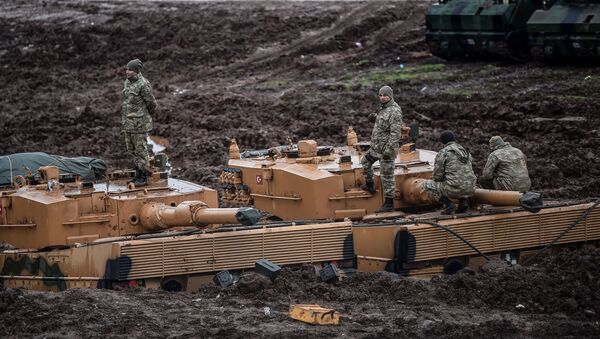 France and Germany have previously restricted the sale of weapons to Ankara, criticising Turkey for its offensive against Kurdish-led militia in northern Syria.

The European Union agreed to coordinate its policy on arms sales to Turkey and condemned the country for its decision to battle against Kurdish militants on Syrian territory. The foreign ministers of the bloc also urged the United Nations Security Council to stop the Turkish operation.

Earlier in the day, the Syrian Army also boosted its presence in the region, seizing the city of Tabqah, previously controlled by Kurdish forces, in the province of Raqqa.

Turkish President Recep Tayyip Erdogan, however, stated that despite the pressure on the country, he is determined to strike against Daesh* terrorists and the US-backed Syrian Democratic Forces (SDF), which Turkey considers to be a part of the Kurdistan Workers Party (PKK), outlawed by Ankara as a terror group.

"Operation Peace Spring" was launched last week and has been condemned by Western countries, as well as by the Arab League. Syria has also criticised the decision, calling it another violation of the country's sovereignty by Turkish forces. According to official data, the Turkish Army has neutralised at least 550 Kurdish militants from the Syrian Self-Defence Forces (YPG) since the beginning of the op. 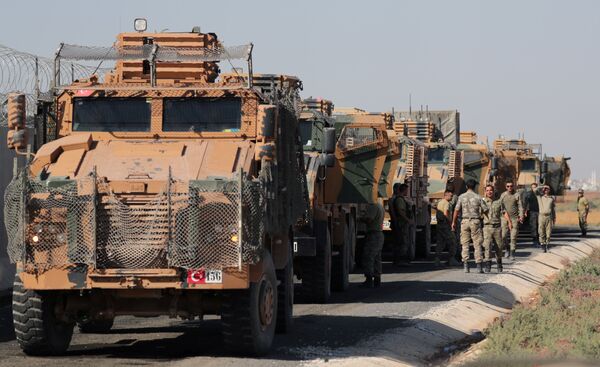 Turkey launched the offensive in an attempt to secure its borders and implement a safe zone in northern Syria, driving the Daesh group and Kurdish-led forces from the area.