Labour Remainers to Fellow MPs: By Supporting PM’s Deal You Are Destroying the Party 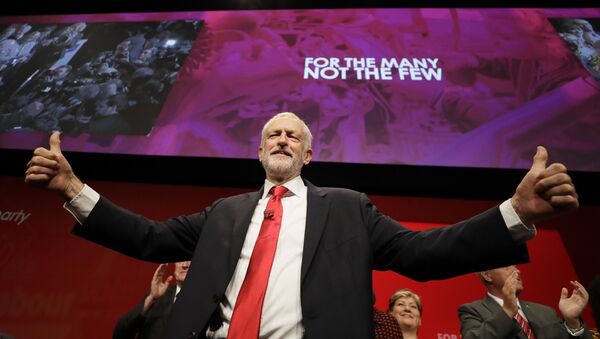 © AP Photo / Kirsty Wigglesworth
Subscribe
International
India
Africa
While Prime Minister Johnson is trying to secure the best possible deal with Brussels in a last ditch effort, Labour parliamentarians are thinking about the next election.

Labour MPs have warned Pro-Leave colleagues against backing Boris Johnson’s deal, which they say would destroy the party and its chances in the next general election. The party leader, Jeremy Corbyn has insisted no Labour MP would back the PM’s deal.

Media reports say that London and Brussels are closer than ever to securing a Brexit agreement, but Johnson’s chances of getting it through the Parliament would depend, among other things, on how many Labour parliamentarians support it. Earlier this month, 19 lawmakers penned a letter to European Commission President Jean Claude Juncker saying they want the country’s referendum result to be honoured without delay.

These 19 MPs are now facing intense pressure from pro-Remain Labour lawmakers, who argue that by helping Johnson to get the deal across the line Labour would improve his image and the image of the Conservative Party.

"If Boris Johnson can go into an election as the man who delivered Brexit, we will be in serious trouble. It will be the Tories, not supportive Labour MPs, that reap the electoral rewards of any such deal. They will in effect be signing up to their own political demise", said Clive Lewis.

Other Labour parliamentarians point to the fact that Johnson’s deal would drastically affect the well-being of workers, the very people the Labour Party represents. Owen Smith said: “Any Labour colleague who votes for Johnson’s Brexit will be betraying our values and our country. He is proposing the hardest of Brexits for Britain, with no guarantees for workers’ rights or environmental standards".

Several of those MPs considering supporting PM Johnson’s deal said they are keeping their options open as no details have been released on the potential agreement with Brussels.

In 2016, Britain voted to leave the European Union, but for three years the country’s leaders have failed to secure a deal that would be approved by the Parliament. The United Kingdom has until 31 October to leave the bloc. The two sides must sign an agreement before 19 October, otherwise incumbent Prime Minister Boris Johnson will have to ask Brussels to extend the Brexit deadline, which would be until the end of January 2020.