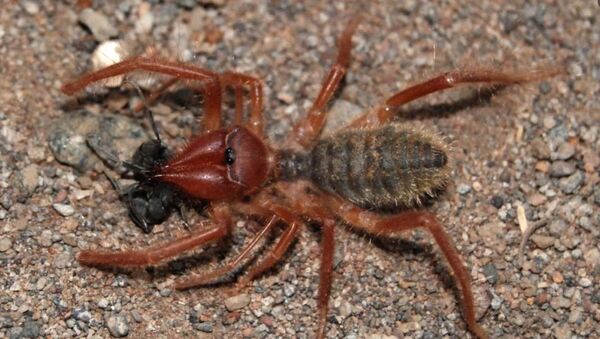 A half-spider half-scorpion creature has been captured on video moving at high speed and trying to bury itself in the dirt to get away from prying eyes.

The strange eight-legged scorpion-like spider turned out to be so-called camel spiders, wind spiders, wind scorpions or sun spiders. However, actually, this creature is neither a spider nor a scorpion, according to scientists.

Camel spiders prey not only on insects but also on small vertebrates if they can catch them.