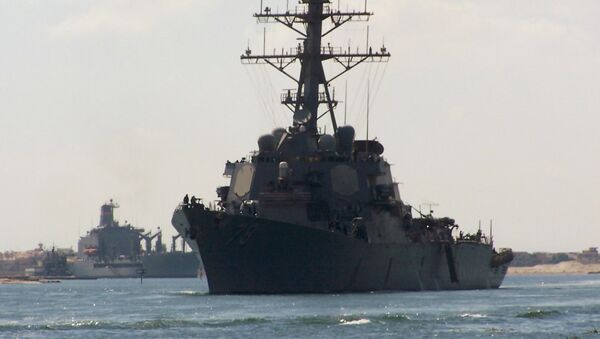 MOSCOW (Sputnik) - Three vessels of the Russian Black Sea Fleet have taken the Porter destroyer of the US Navy under escort after the latter had entered the Black Sea's southern waters, the Russian National Centre for State Defence Control said on Saturday.

According to the centre, the escort operation is carried out by the Admiral Essen guard ship and small-size missile ships Vyshny Volochek and Orekhovo-Zuyevo.

Prior to this, the Arleigh Burke-class destroyer, armed with cruise missiles and missile interceptors, entered the southern part of the Black Sea on 8 August. Then the direct monitoring was carried out by the Smetlivy guided-missile destroyer.